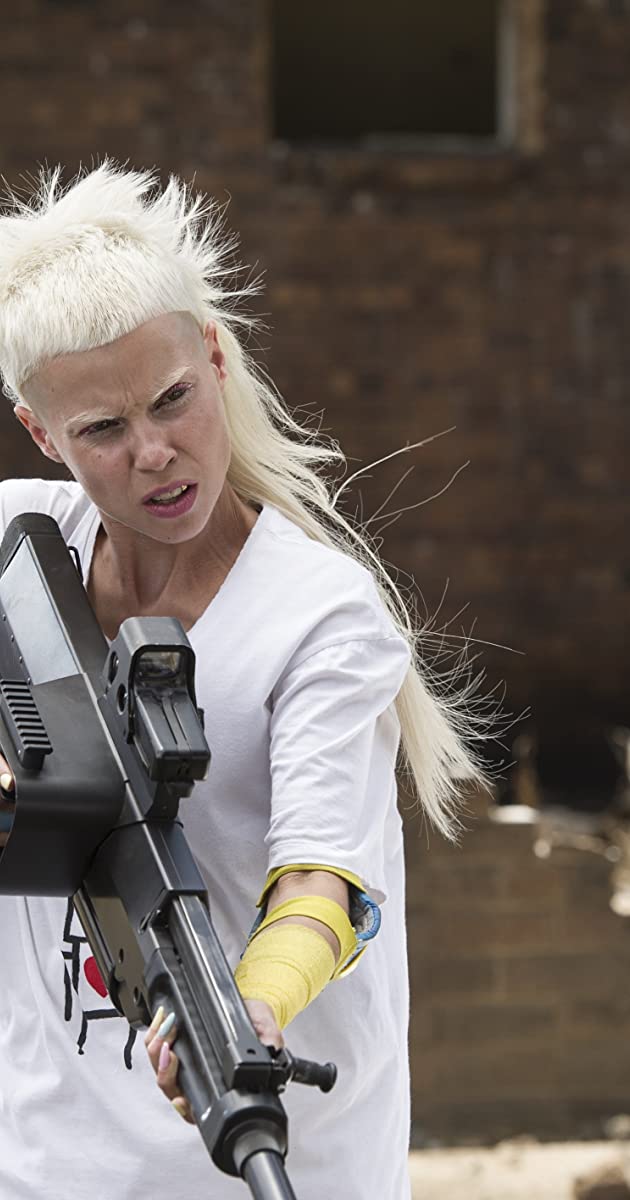 Anri du Toit, goes by her rap name Yo-Landi VI$$ER. She was born in Port Alfred, a small town on the East coast of South Africa, and was adopted as a baby by an Afrikaans family. Her dad was a priest and her mom was a housewife. She has never met her birth parents. Visser grew up very rebellious, often getting into fistfights, and was sent to boarding school when she was 16 years old, in Pretoria.

In 2003, Visser moved to Cape Town and met Ninja (real name Watkin Tudor Jones.) She started rapping with Ninja and found a passion for performing thugged-out, “zef” rap music. In 2007, Visser and Ninja started planning a group together. Later, adding members Hi-Tek and DJ they formed the Zef-Rave-Rapper band, Die Antwoord and put out a couple of songs and their first album $O$.

In 2006, Visser fell pregnant to Ninja and later had a daughter, Sixteen Jones. Though they never got married, Visser and Ninja have always remained very close. In 2009 Visser wanted to change her image, so she would look on the outside how she felt on the inside. She fulfilled that goal by having Ninja cut off the sides of her hair and then she bleached her hair and eyebrows white. This was a statement of her outsider pride, “an unmissable declaration of who she is and what she stands for.”

In February 2010 Die Antwoord’s video “Enter the Ninja”, featuring Visser as a cyberpunk schoolgirl heroine, wearing underwear with marker-emblazoned dollar signs and a rat crawling over her, went viral. And in 2014, their “Ugly Boy” video had cameos by Marilyn Manson, Flea, the ATL Twins, Jack Black, Dita Von Teese and supermodel Cara Delevingne.

In 2010, David Fincher reached out to Visser about playing the lead in his adaptation of The Girl with the Dragon Tattoo (2011), but Visser said no, because she didn’t want to lose focus on her music. The role eventually went to Rooney Mara. At the same time, Ninja was considering a film offer from Neill Blomkamp to star in Elysium (2013), but Visser talked Ninja out of it and that role went to Matt Damon.

In 2012, Die Antwoord released their album Ten$ion on their own label, Zef Recorz. They received an offer to open for Lady Gaga, but declined.

When South African director Blomkamp was writing the script for Chappie (2015) he had Visser and Ninja in mind from the beginning and approached them to do the movie. He presented them with the fact that he wanted them to play themselves and had used the couple’s existing personas as a starting point for his script. This went over well with the couple and their performances were a huge hit with the producers, who were skeptical at first. Now Visser and Ninja want to do a TV show about their Zef lives.