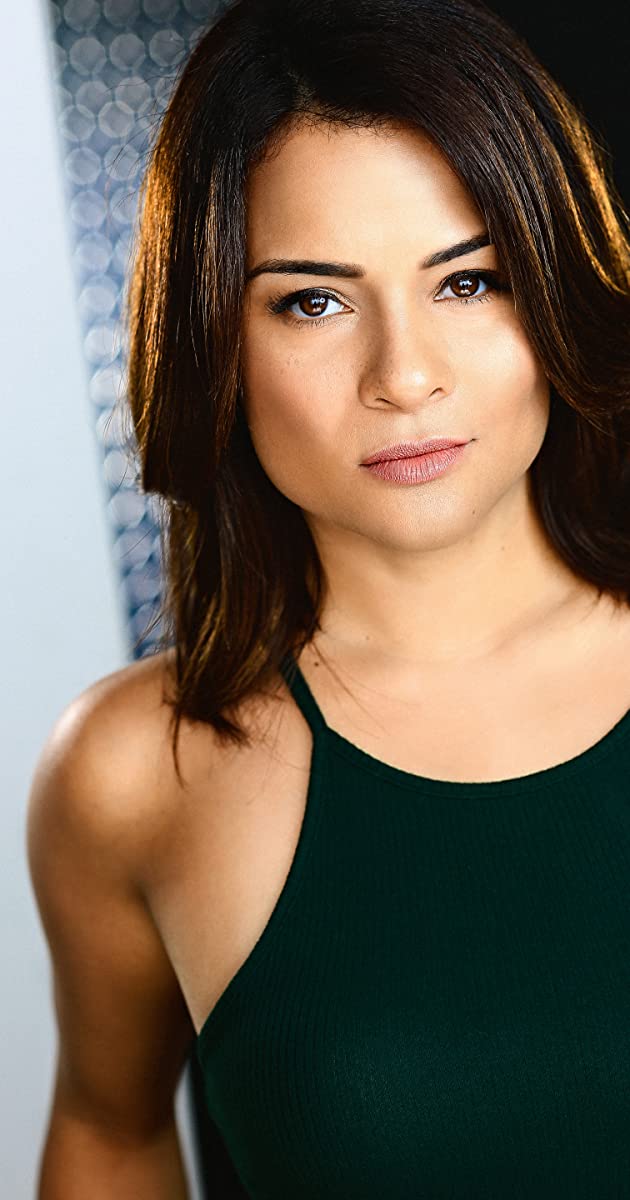 Alisa Reyes is best known for her role on Nickelodeon’s All That as a series regular season’s (1-3). She has also starred in NBC’s One World as the Cuban-born entrepreneur of the group. Peter Engel created the show. Alisa received the coveted Hollywood Young Star Award for her role in One World.

Thinking you may recognize her from some other show? Well check out her credit’s and you could be correct… seen on Without A Trace (CBS), Strong Medicine (LIFETIME), NYPD Blue (ABC), ER (NBC), as well as the controversial Trina on Boston Public (FOX) and Six Feet Under (HBO and on the Emmy nominated PBS series The American Family, portraying the younger Vangie) The list is endless, with lot’s more to come. Alisa was the voice for the recurring role on the Disney channel’s critically acclaimed animated series The Proud Family as the bossy, but oh so love-able La Cienega Boulevardes, as well as her newest animation project titled Da Jammies as Momo currently on Netflix.

And to add a bit more, Alisa stars in a film opposite Gary Busey titled Daze. Along with other films called A Trip to the Dark Side and My Trip Back to the Dark Side directed by Shane Stanely. Alisa plays the sexy but edgy Misty Ray. Keep an eye out for her latest film supported by The Dove Foundation called Heavenly Deposit as the role of Jenny. You can also make it a movie night and watch her movie Players she stars in with Freddie Rodriguez. Along with her latest documentary that she is producing along side Scott Barber and Bill Parks starring as herself called The Orange Years about 80’s & 90’s Nickelodeon nostalgia.

Be sure to also keep an eye out for her latest project called The Biz as well created by Arjay Smith. When Alisa’s not acting she is producing movies or writing the newest treatment for her upcoming projects. As well as a children’s book and an autobiography on her life story. Alisa is also working on a scripted sitcom along side some of her All That cronies.

Well you’ve heard right. On NBC’s Passions, Alisa joined the cast as the beautiful and exotic singer Syd causing nothing but heartache for the lovelorn super couple Chad and Whitney, but also making her mark as a strong recording artist. Alisa also debuted her recording career with Aaron Carter in Deerfield Beach, Florida to a crowd of hundreds in front of the sparkling Atlantic Ocean. She is currently laying down tracks for a solo debut cd with a style that is pop electro dance. Be on the lookout for Alisa’s latest track called $exy Hot along with her music video which is currently on iTunes, Tune Core, Google Play and more.

As if all this was not enough Alisa dedicates some of her off time to charities such as: The American Cancer Society, Peace Beads, Kids with a Cause, Para Los Niños, Green Means Go, Ronald McDonald House, Make a Wish, Hope for Firefighters and United Nations, Children’s Hospital, National Wildlife Federation as well as The Hollywood Knight’s celebrity charity basketball league. She is definitely an angel, giving back to the community anyway she can.

X-treme Sports anyone? Alisa had her own racing team with Superboat International based out of Key-west, Florida. Alisa drove a 29 footer Fountain Mercury where she was sponsored by Dollhouse Footwear.

Did someone say Playboy U? Alisa was a voice jockey for Sirius 198 Playboy channel. Where she chatted all about college on www.playboyu.com and was an on camera Host for Playboy U’s online and on air shows. Alisa just recently broadcasted her very own show called The Alisa Reyes Show which was on blogtalkradio.

Does she ever get tired?

Alisa was born and raised in New York City on February 3. She started modeling at 8 and attended The Professional Performing Arts School, where she focused on musical theatre. Alisa loves to return to her east coast roots every chance that she has. Be sure to check out Alisa’s monthly blog alisareyes & join her monthly newsletter for more updates on Alisa’s career. Follow Alisa on social media: alisareyes