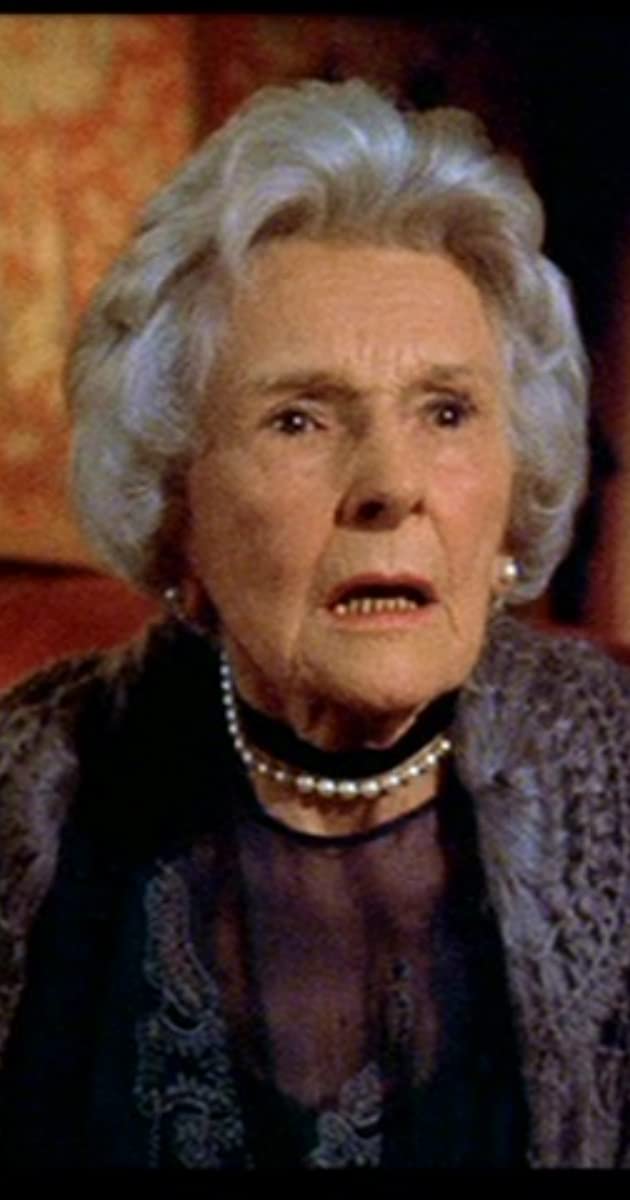 Genteel Cathleen Nesbitt was a grand dame of the theatre on both sides of the Atlantic in a career spanning seven decades. Among almost 300 roles on stage, she excelled at comic portrayals of sophisticated socialites and elegant mothers. Hollywood used her, whenever a gentler, sweeter version of Gladys Cooper was needed, yet someone still possessed of a subtly sarcastic wit and turn of phrase. She attended Queen’s University in Belfast and the Sorbonne in Paris.

Encouraged by a friend of her father – none other than the legendary Sarah Bernhardt – to enter the acting profession, she was taken on by Victorian actress and drama teacher Rosina Filippi (1866-1930). Cathleen’s first appearance on stage was in 1910 at the Royalty Theatre in London. This was followed in November 1911 by her Broadway debut with the touring Abbey Theatre Players in ‘The Well of the Saints’. From here on, and for the rest of her long life, she was never out of a job, demonstrating her range and versatility by playing everything from villainesses to being a much acclaimed Kate in Shakespeare’s ‘The Taming of the Shrew’, Perdita in Shakespeare’s ‘The Winter’s Tale’, the great-aunt and tutor in the art of courtesanship of the title character in ‘Gigi’, the Dowager Empress in ‘Anastasia’, and the gossipy ‘humorously animated’ Julia Shuttlethwaite of T.S. Eliot’s ‘The Cocktail Party’. Her Mrs. Higgins in ‘My Fair Lady’, Brooks Atkinson described as played with ‘grace and elegance’, which also pretty much sums up Cathleen’s career in films.

Her first motion picture role was a lead in the drama The Faithful Heart (1922), adapted from an Irish play. She then absented herself from the screen for the next decade, resurfacing in supporting roles in British films, though rarely cast in worthy parts, possible exceptions being Fanny by Gaslight (1944) and Jassy (1947). Her strengths were rather better showcased during her sojourn in Hollywood, which began in 1952. In addition to prolific appearances in anthology television, she also appeared in several big budget films, most memorably as Cary Grant’s perspicacious grandmother in An Affair to Remember (1957) and as gossipy Lady Matheson (alongside Gladys Cooper ) in Separate Tables (1958). One of her last roles of note was as the elderly wealthy Julia Rainbird, who instigates the plot in Alfred Hitchcock’s final film, Family Plot (1976).

At the instigation of her friend, Anita Loos, author of “Gentlemen Prefer Blondes”, Nesbitt wrote her memoir, ‘A Little Love and Good Company’, in 1977. For her extraordinarily long career in the acting profession, she was awarded a CBE in the Queen’s Honours List the following year. She retired just two years prior to her death in 1983 at the age of 94.