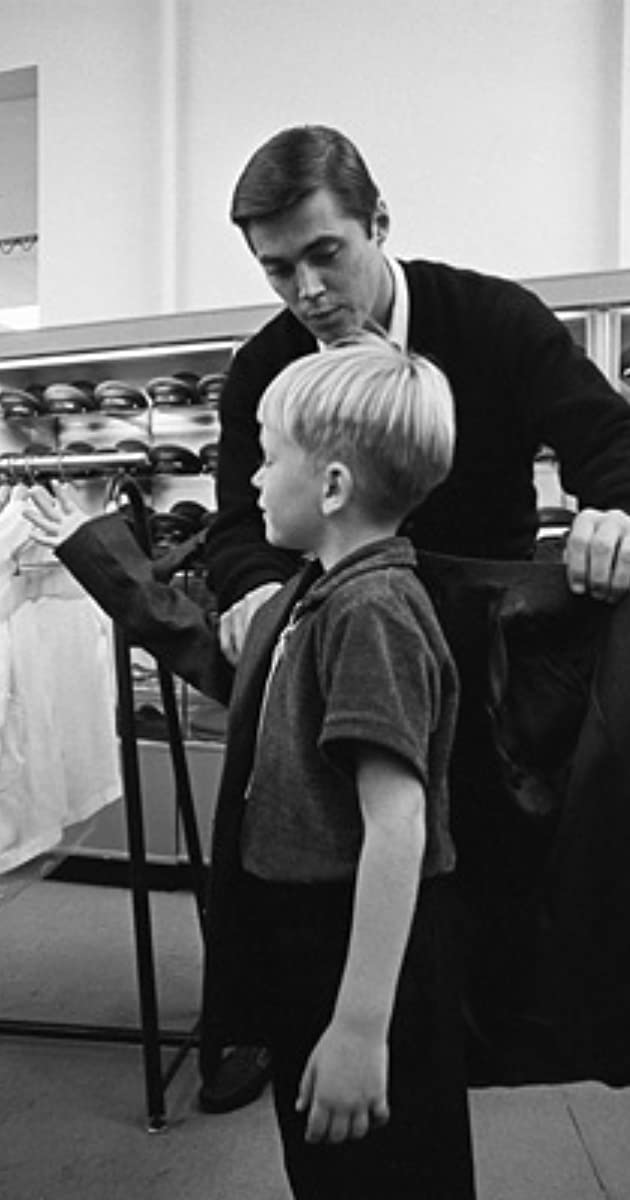 A virile, beefcake blond of the late 1960s and 1970s small screen, Dennis Cole certainly had it all going for him, but tragic circumstances prevented an all-out successful career. A rugged TV version of Robert Redford, his tan, chiseled, surfer-fit looks were ideally suited for crime action and adventure stories and he gained ground by appearing everywhere — daytime soaps, prime-time series, mini-movies — you name it.

The Detroit-born and -raised stunner was the son of Joseph C. Cole, a musician during the 1940s and 1950s. His parents, both alcoholics, divorced when he was young (his father later committed suicide). Dennis was first noticed on the pages of physique magazines serving the likes of Robert Henry Mizer (aka Bob Mizer) and his Athletic Models Guild as well as other photographers. Paying his dues as a motion picture and television stuntman, Cole also appeared in an occasional bit part and in the background of a few movie musicals. His photogenic appeal could not be denied for long and eventually he took a front-and-center position, launching his acting career on the short-lived daytime soap Paradise Bay (1965) as a spoiled rich boy who causes tongues to wag after falling for a Mexican girl. However, it was the subsequent nighttime police series The Felony Squad (1966) alongside veterans Howard Duff and Ben Alexander (of Dragnet (1951) fame) that set Cole’s TV career in high gear. As hunky rookie detective Jim Briggs, Dennis was able to ride high on the fame his two-and-a-half season series offered.

With this success came two very short-lived series: the glossy ensemble drama Bracken’s World (1969) and opposite Rod Taylor as a trouble-prone stud in the more adventurous Bearcats! (1971). Females couldn’t get enough of Cole and his athletic skills had males idolizing from afar. Guest appearances on Calling Dr. Gannon (1969), Barnaby Jones (1973), Police Story (1973), Love, American Style (1969), The Love Boat (1977), The Streets of San Francisco (1972) and Police Woman (1974) kept him highly visible in between series runs. During this career peak, he made his Broadway debut in “All the Girls Came Out to Play” in 1972. He also decided to tap into his musical side and dabbled in his own musical revue, which showcased on the Sunset Strip and in Las Vegas. A guest TV appearance on Charlie’s Angels (1976) led to his meeting and, in 1978, marrying “Angel” Jaclyn Smith. As one of Hollywood’s more beautiful couples, they kept cameras flashing for a number of years until their breakup and divorce in 1981.

The early 1980s started off well for Cole as replacement “Lance Prentiss” in the soap-opera The Young and the Restless (1973) in 1981. Very much a product of TV, he was unable to permanently transition into films; he appeared occasionally in dismissible low-budget action fare such as Amateur Night (1986), Death House (1988), Pretty Smart (1987), Dead End City (1988) and Fatal Encounter (1990). He continued showing up on all the popular series of the day, including Silk Stalkings (1991), Murder, She Wrote (1984), Pacific Blue (1996) and Baywatch Nights (1995), among others, while appearing in such legit stage plays as “The Tender Trap”, “Lovers and Other Strangers”, “The Boys in the Band”, and the British farces “Run for You Life” and “Out of Order”. Very much involved with charity work, his endeavors over the years have included an over-two-decade involvement with the Cancer Society (Honorary Chairman), as well as the Arthritis and Cystic Fibrosis foundations.

Dennis’ later personal and professional lives suffered as a result of a chronic alcohol problem, but an even greater setback occurred when his only child, Joey (whom he named after his father), was murdered during a 1991 robbery attempt in Venice, California. He continued to perform on TV and stage (as the “Narrator” in a production of “Blood Brothers” and the James Garner “King Marchan” role in the first national tour of the musical “Victor/Victoria”). Severe injuries suffered while performing in the latter show led to multiple surgeries, a three-year convalescence and a new direction.

Dennis returned to school and started up his own real estate company, setting up an office in Fort Lauderdale, FL. Married for several years to his third wife Marjorie (“Ree”), Dennis filed for divorce in May of 2007, which became final on April 21, 2008. He died at age 69 on November 15, 2009, in a Fort Lauderdale hospital of liver failure.