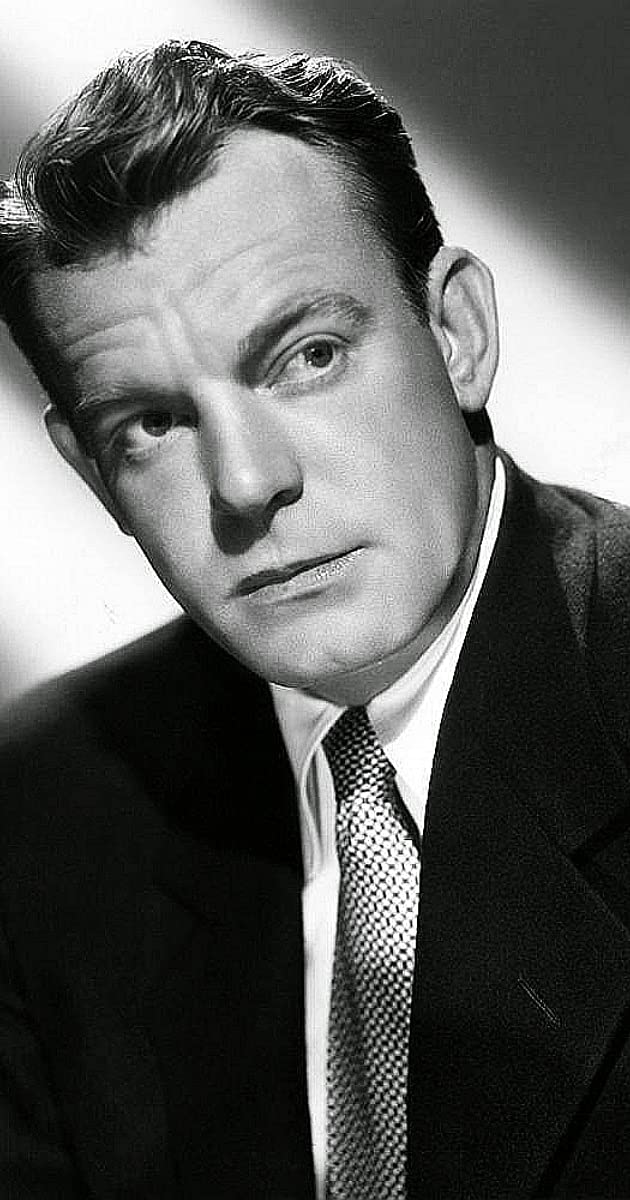 Tall, cheerful, outdoorsy leading man of Hollywood B movies who started in show business as an infant accompanying his vaudevillian parents (“Flanagan and Edwards, the Rollicking Twosome”) on the stage. In his teens, Dennis started to write film scripts while attending college. He then tried to break into films as an extra, appearing under his birth name Bud Flanagan. His easy-going manner and impudent grin — possibly reminding Clark Gable of himself (they worked together on Saratoga (1937)) — led to the star suggesting Bud to MGM management for leading roles. In short order, Bud Flanagan became Dennis O’Keefe, resident tough guy of action dramas and the occasional comedy.

Serious acting was rarely called upon but Dennis handled the material given to him with aplomb and good humour. After his contract with MGM expired in 1940, he free-lanced and appeared in, arguably, three of his best pictures: in support of Roland Young and Joan Blondell in the delightful supernatural murder spoof Topper Returns (1941); in the Val Lewton-produced thriller, The Leopard Man (1943); and in the tense crime melodrama T-Men (1947) which he co-scripted (with John C. Higgins) for Eagle-Lion. This rather unambitious little film for what was essentially considered a ‘poverty row’ studio proved so successful that it spawned a CBS radio series three years later. Dennis was chosen for the lead (though his character was renamed) and his delivery was perfect for scripts which balanced drama with light comedy.

For most of the period between 1944 and 1952, Dennis alternated roles on radio with film work. He had another lead in the 1945 radio serial “Hollywood Mystery Time” as a movie director-cum-sleuth. On screen, he displayed his penchant for comedy in the funniest version of the much-filmed Brewster’s Millions (1945), followed by the forgettable farce Getting Gertie’s Garter (1945) (from the same stable). Another fair, marginally off-beat comedy, was The Lady Wants Mink (1953), co-starring Dennis with Ruth Hussey and Eve Arden. In addition, there were scores of ‘cheap and cheerful’ action films including several made in Europe. Dennis eventually turned his hand to directing with Angela (1954), a crime thriller set in Rome which he also co-scripted under the pseudonym Jonathan Rix. At the end of the decade, Dennis starred in his own short-lived television sitcom about a widowed Los Angeles syndicated columnist. After that, he guested in just a few more TV episodes before his untimely death from lung cancer in August 1968.