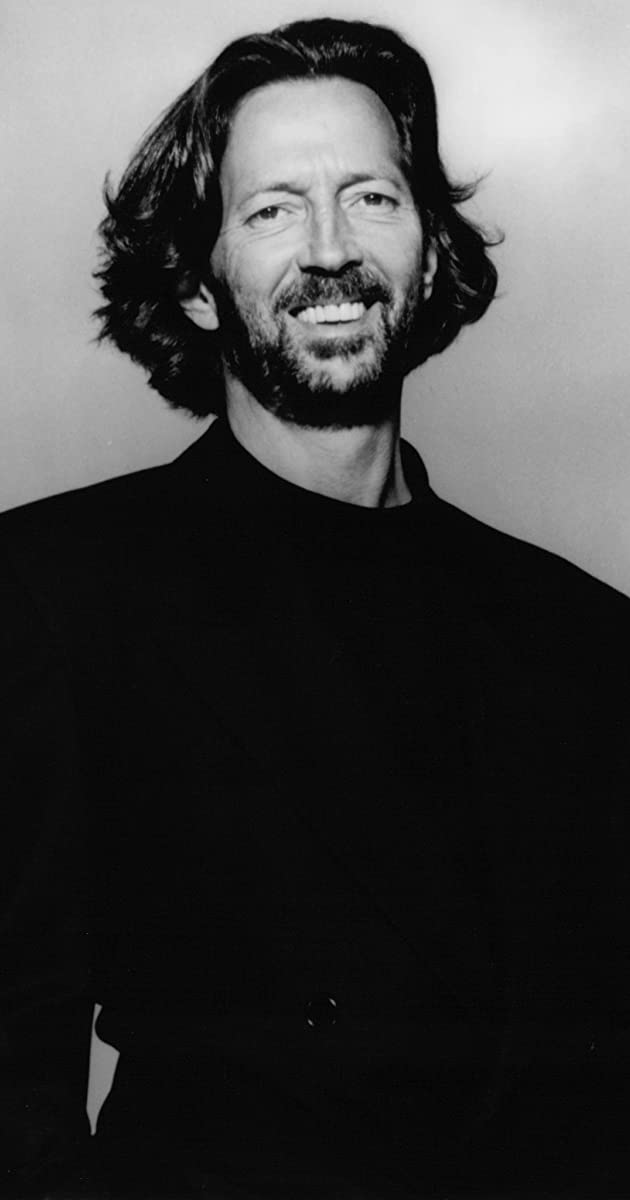 Eric Clapton was born in Ripley, Surrey, England, on March 30, 1945. His real father was a Canadian pilot but he didn’t find that out until he was 53. When he was 2 his mother felt she was unable to look after him, so Eric then went to live with his grandparents. When he was 14 he took up the guitar, having been influenced by blues artists such as B.B King, Buddy Guy, Muddy Waters and John Lee Hooker.

In 1963, after he was chucked out of art college, he joined Paul Samwell-Smith, as he was in art school with Keith Relf. He stayed for about 18 months before beginning a stint with John Mayall’s Bluesbreakers. Eric became known as “god”, as he impressed the whole English music scene with his amazing guitar playing.

After about a year Eric had had enough of impersonating his blues idols and decided to form a group of his own, so in 1966 he formed a band with bassist Jack Bruce and drummer Ginger Baker (who had the idea) that became known as Cream. This band was not a purist blues group but a hard-driving rock and blues trio. They first performed together at a jazz and blues festival in Surrey before signing a record contract. In November 1966 their debut single, “Wrapping Paper”, hit UK #34, but their next single, “I Feel Free”, made more of an impression, hitting UK #11 the following January. At the same time they released their debut album “Fresh Cream”, which was a top-ten hit, going to UK #6 and went on to make US #39 later in the year.

Cream spent most of 1967 either touring or writing, recording and producing “Disreali Gears”, which was to be one of their finest efforts. The first single that confirmed the group as a mainstream success was “Strange Brew”, which went to #17 in the UK. After a hectic worldwide tour, their second album “Disreali Gears” was released and became an enormous worldwide hit, rising to UK #5 and US #4. The album’s success r4esulted in one of its tracks, “Sunshine Of Your Love”, a hit in the US, going to #36. In February 1968 Cream set out on a six-month US tour, the longest time that a British band ad ever been in America. The tour took in hundreds of theaters, arenas and stadiums, but in April 1968 the band was exhausted and decided to take a short break from touring. However, during their break disaster struck. While Cream was in America Eric had given an interview to the magazine “Rolling Stone” which had Eric the editor make critical points about his guitar playing. This led to an eruption within the band, which was the beginning of the end. Despite this setback, the band’s US tour carried on until June, during which they had been recording their most popular project, “Wheels Of Fire”, a double album that was released in August 1968; the live album shot to UK #3 and the studio effort to UK #7, but both went directly to US #1 for four weeks. Despite the fact that the band had sold so many records, had sold out nearly every concert, had made millions and even managed to boost “Sunshine Of Your Love” to hit US #5 and UK #25, they decided that after a farewell tour of America Cream would split. The band toured North America in October, played two concerts at the Royal Albert Hall in London in November and then Cream was no more – as Clapton explained, “The Cream has lost direction.”

In the winter of 1969 Eric began jamming with former Traffic front man Steve Winwood, with Ginger Baker also joining in Eric’s mansion in Surrey. With bassist Ric Grech added to the lineup, the band became Blind Faith and started rehearsing and recording material. In June 1969, after the band finished a recording session for their first and only album, they made their live debut in Hyde Park to a crowd of over 200,000 fans. Despite the fact that Baker and Grech felt that the concert was a triumph, Clapton and Winwood, however, were more or less convinced that Blind Faith had blown it first time round. However, despite their feelings, Blind Faith set out on a summer sellout tour of the US, playing in arenas and stadiums all over the country. The tour itself earned the band a fortune, but the band members were convinced that the music itself was unsatisfying.

After the tour was over their only album, “Blind Faith”, was released, and it topped the charts worldwide. Despite the success of the album and tour Blind Faith still decided to disband, though, and Clapton went on tour with Delaney & Bonnie & Friends, who were Blind Faith’s support act on the tour, and also performed at times with The Plastic Ono Band. In March 1970 Eric launched his highly successful solo career, by releasing a first solo album, which featured Delaney & Bonnie.