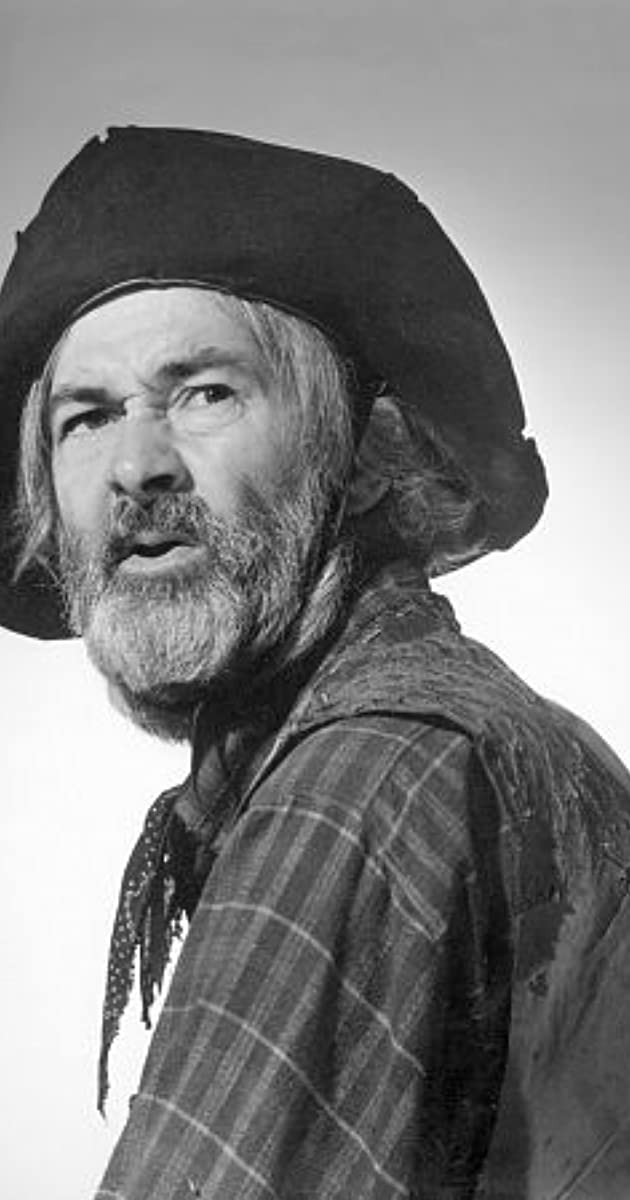 American character actor, the most famous of Western-movie sidekicks of the 1930s and 1940s. He was born May 7, 1885, the third of seven children, in the Hayes Hotel (owned by his father) in the tiny hamlet of Stannards, New York, on the outskirts of Wellsville, New York. Hayes was the son of hotelier and oil-production manager Clark Hayes, and grew up in Stannards. As a young man, George Hayes worked in a circus and played semi-pro baseball while a teenager. He ran away from home at 17, in 1902, and joined a touring stock company. He married Olive Ireland in 1914 and the pair became quite successful on the vaudeville circuit. Retired in his 40s, he lost much of his money in the 1929 stock market crash and was forced to return to work. Although he had made his film debut in a single appearance prior to the crash, it was not until his wife convinced him to move to California and he met producer Trem Carr that he began working steadily in the medium. He played scores of roles in Westerns and non-Westerns alike, finally in the mid-1930s settling in to an almost exclusively Western career. He gained fame as Hopalong Cassidy’s sidekick Windy Halliday in many films between 1936-39. Leaving the Cassidy films in a salary dispute, he was legally precluded from using the “Windy” nickname, and so took on the sobriquet “Gabby”, and was so billed from about 1940. One of the few sidekicks to land on the annual list of Top Ten Western Boxoffice Stars, he did so repeatedly. In his early films, he alternated between whiskered comic-relief sidekicks and clean-shaven bad guys, but by the later 1930s, he worked almost exclusively as a Western sidekick to stars such as John Wayne, Roy Rogers, and Randolph Scott. After his last film, in 1950, he starred as the host of a network television show devoted to stories of the Old West for children, The Gabby Hayes Show (1950). Offstage an elegant and well-appointed connoisseur and man-about-town, Hayes devoted the final years of his life to his investments. He died of cardiovascular disease in Burbank, California, on February 9, 1969.