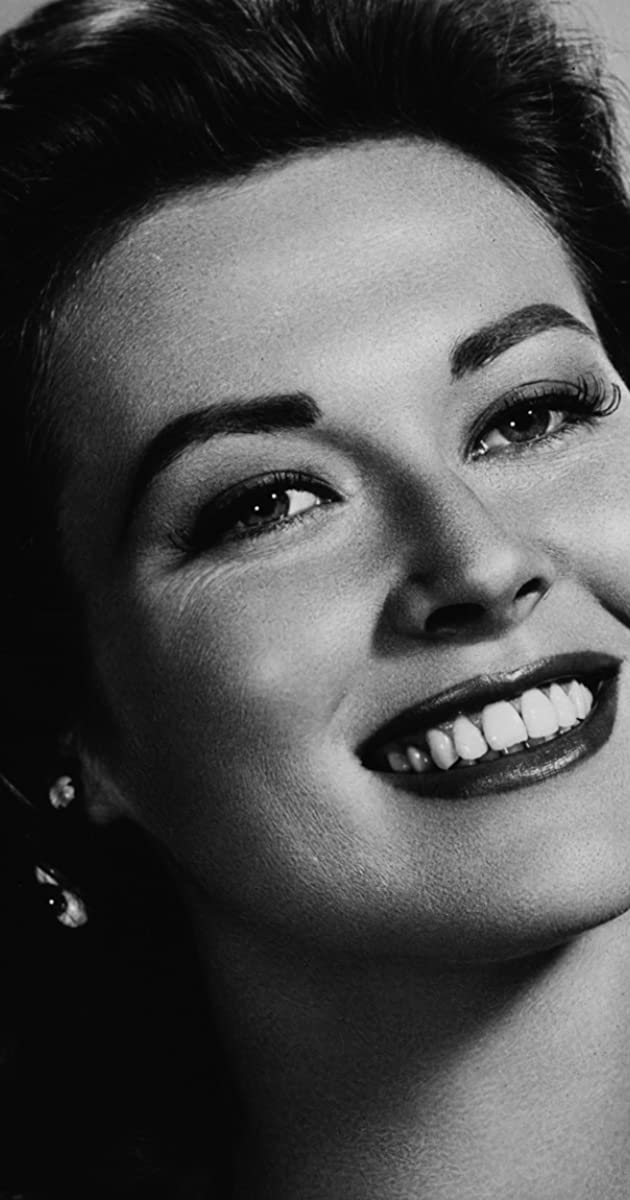 This tall, dazzling, yet reserved and sensitive foreign import was born Giovanna Scoglio in Liverpool, England but moved to Sicily with her aristocratic Sicilian father and Irish mother at three months of age. She migrated to New York at age 14 and attended Bayside (Queens) High School, graduating in 1952. She worked various jobs as a file clerk and airline reservations taker while studying with Stella Adler and the Actors Studio. Appearing as a contestant on a television game show, a Universal Studios agent happened to spot the young beauty and immediately placed the young beauty under contract in 1954.

It did not take long before she moved up the Hollywood ladder. After only a couple of bit parts, Gia began earning good notices for her “second lead” roles. Her performance in The Price of Fear (1956) led to even better love interest parts in The Garment Jungle (1957) with Kerwin Mathews, Don’t Go Near the Water (1957) opposite Glenn Ford, The Two-Headed Spy (1958) with Jack Hawkins, The Angry Hills (1959) starring Robert Mitchum, and I Aim at the Stars (1960) [aka I Aim at the Stars] with Curd Jürgens. Gia’s best known film role came as the mute Anna, the ill-fated Greek resistance fighter, in the classic all-star epic film, The Guns of Navarone (1961) headed up by Gregory Peck and Anthony Quinn.

From there things began to spiral downhill for Gia personally and professionally. Riding on the coattails of her ever-present glamour and cinematic success were deep-rooted insecurities. Following the loss of her beloved mother, she fell into acute depression and began to drink heavily as compensation which led to a few arrests. She eventually lost her contract at Universal due to her unreliability, which forced her to seek work overseas. Her marriage to handsome actor Don Burnett, whom she co-starred with in the obscure adventure Il trionfo di Robin Hood (1962) [The Triumph of Robin Hood] burnt itself out, and, at one point, she threw herself off London’s Waterloo Bridge in desperation. She would have drowned in the Thames River had a passing cab driver not plucked her out of the water in time.

Gia’s bouts with depression grew so severe that she was forced to undergo frequent psychiatric observations. In the midst of things she tried to pick herself up emotionally by studying painting and staying close to her younger sister, actress Tina Scala. It was too late. On April 30, 1972, it all ended for Gia Scala. She was found dead in her Hollywood Hills bedroom following an overdose of alcohol and sleeping pills. This incredible beauty who never reached her full potential in Hollywood instead became another Tinseltown statistic.