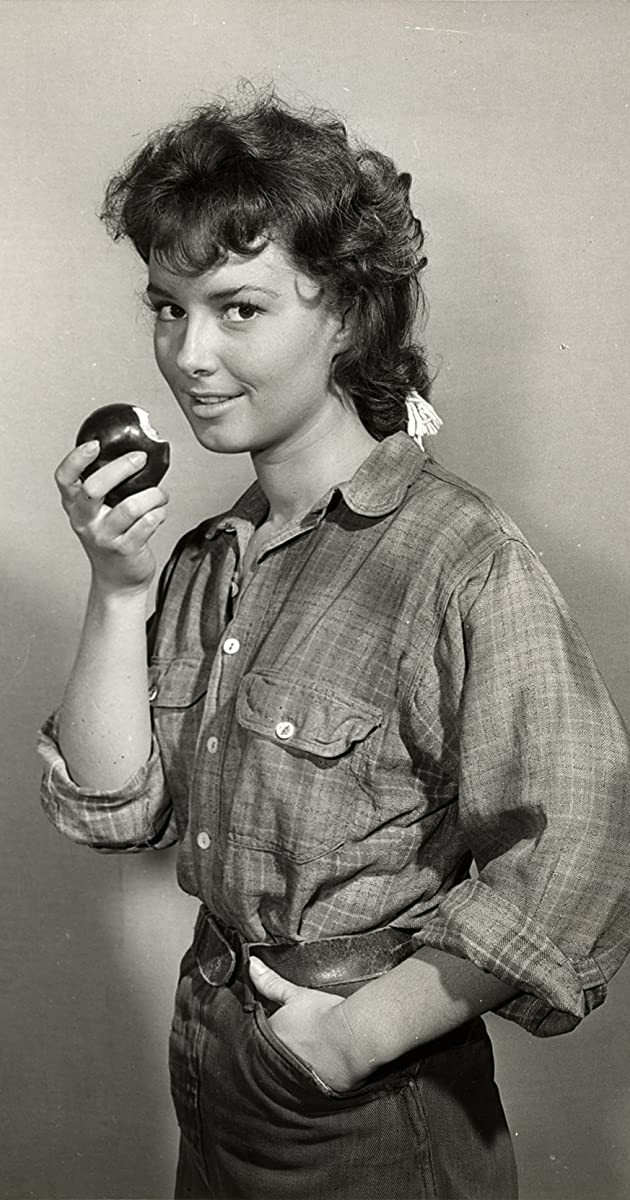 A major little talent, this French-American moppet star of the late ’40s and early ’50s was not able to parlay her precocious popularity into a sizeable adult career, but has nevertheless maintained on the fringe for decades. Gigi Perreau was born in Los Angeles to a French father, who fled his native country at the onset of WWII, and an American mother. Her beginnings started way back to the tender age of two and a half when her mother was approached by a talent agent who represented child actors and who took an initial interest in her 5-year-old brother Gerald. But Gigi grabbed a little attention of her own. When producer/director Mervyn LeRoy discovered little Gigi could speak French as well as English at such a precious age, he cast her as Greer Garson’s daughter in Madame Curie (1943). MGM signed her up and she spent several years there before Universal-International picked up her option. She bloomed as a top juvenile player and received an award from the Screen Children’s Guild while appeared in top quality films, both light-hearted and tear-stained, including My Foolish Heart (1949) starring Susan Hayward, and Has Anyone Seen My Gal? (1952) with Rock Hudson. From the mid ’50s, however, and after scores of roles on TV shows, things started looking bleak for the former pig-tailed child star as she tried to adjust through the awkward teen age years. Appearances in such innocuous time fillers as The Cool and the Crazy (1958), Girls Town (1959) and Hell on Wheels (1967) pretty much tells the story. At the age of 20, she married and had two children, a son and daughter. A second marriage produced another boy and girl. Rarely seen on film or TV since the late ’60s, Gigi has continued on as a stage director and college prep drama teacher. Brother Gerald (aka Peter Miles) equipped himself quite well as a child actor performing in The Red Pony (1949), The Good Humor Man (1950) and Quo Vadis (1951). Gigi appeared with him in the movies Enchantment (1948) and Roseanna McCoy (1949), and played his sister on The Betty Hutton Show (1959). Gigi’s two younger sisters, Janine Perreau and Lauren Perreau, also dabbled in film and TV as youngsters, but to a much lesser degree.