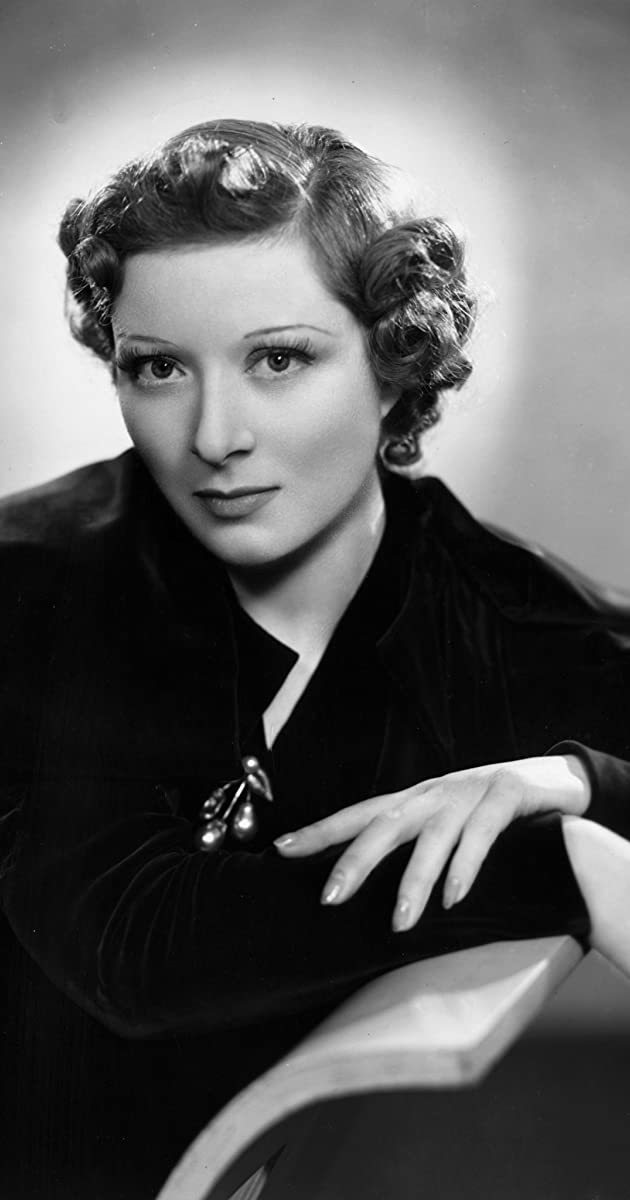 Eileen Evelyn Greer Garson was born on September 29, 1904 in London, England, to Nancy Sophia (Greer) and George Garson, a commercial clerk. She was of Scottish and Ulster-Scots descent. Her childhood was a normal if not non-descript life. Greer showed no early signs of interest in becoming an actress. She was educated at the University of London with the intentions of becoming a teacher. Instead, she opted to work with an advertising agency. During this time, she appeared in local theatrical productions gaining a reputation as an extremely talented actress. She was discovered by Louis B. Mayer while he was on a visit to London looking for new talent. Greer was signed to a contract with MGM and appeared in her first American film in 1939. The movie in question was Goodbye, Mr. Chips (1939), which won rave reviews and garnered her a nomination as best actress, the first of six nominations. Already, she was a force to be reckoned with in Hollywood. The following year would see Greer in the highly acclaimed Pride and Prejudice (1940) as “Elizabeth Bennet”. 1941 saw her get a second nomination for her role as Edna Gladney in Blossoms in the Dust (1941). Garson won her first Academy Award for Mrs. Miniver (1942), a role which she would forever be known by. As Marie Curie in Madame Curie (1943), she would get another nomination and the same the next year in Mrs. Parkington (1944). It seemed that any movie she was a part of would surely be a success. Sure enough, in 1945, she won yet another nomination for her role as “Mary Rafferty” in The Valley of Decision (1945). But, through the 1940s, she was constantly typecast in roles that didn’t allow for a lot of creativity. MGM felt that the roles she played were sure winners and, for the time being, they were right, but that didn’t make Garson feel any better about it. She would stay with MGM until 1954. In 1946, Greer appeared in Adventure (1945), which was a flop at the box-office. 1947’s Desire Me (1947) was no less a disaster. Her downward spiral stopped in the hit The Forsyte Saga (1949). The next year, she reprised her role as “Kay Miniver” in The Miniver Story (1950). Unfortunately, it didn’t fare too well.

For the remainder of the 1950s, she endured several less-than-appreciated films. Then, 1960 found her cast in the role of Anna Eleanor Roosevelt in Sunrise at Campobello (1960). This film was, perhaps, her finest work and landed her seventh Academy Award nomination. Her final appearances on the silver screen were in The Singing Nun (1966) as “Mother Prioress” and The Happiest Millionaire (1967). After a few TV movies, Garson retired to the New Mexico ranch she shared with her husband, millionaire Buddy E.E. Fogelson. She concentrated on the environment and other various charities. By the 1980s, she was suffering from chronic heart problems prompting her to slow down. That was the cause of her death on April 6, 1996 in Dallas, Texas. She was 91.