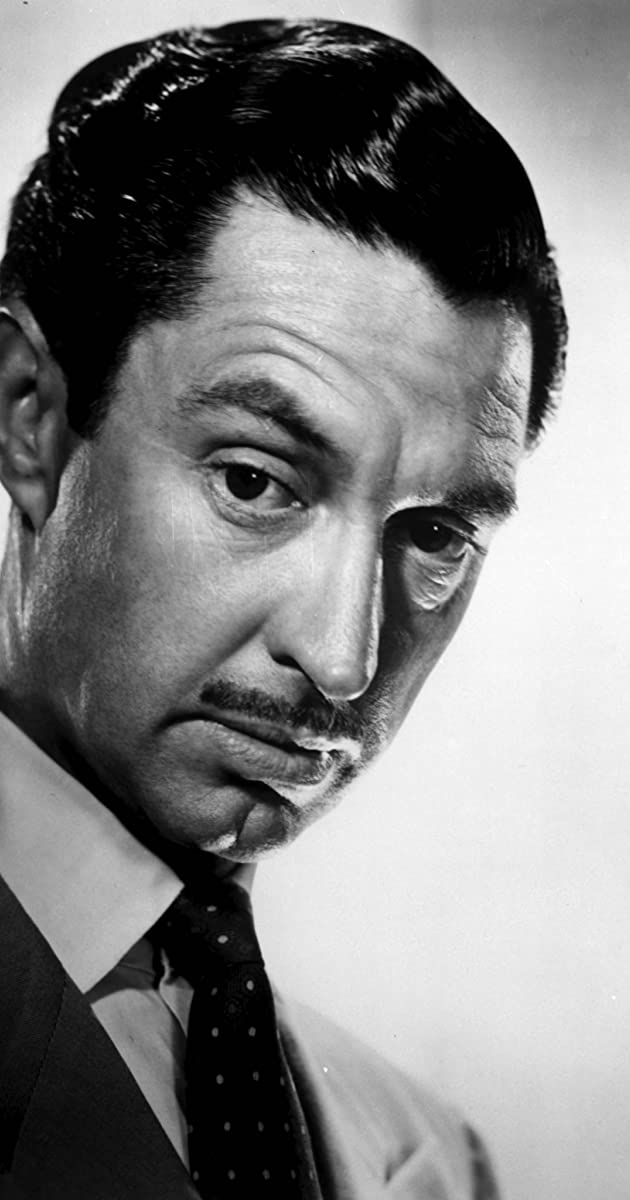 Ideal for playing swarthy villains, James Griffith’s tall, dark and gaunt features and shady countenance invaded hundreds of film and TV dramas (and a few comedies) throughout his career on-camera. Highlighted by his arched brows, hooded eyes and prominent proboscis, heavy character work would be his largest source of income for nearly four decades.

He was born James J. Griffith, of Welsh ancestry, on February 13, 1916, in Los Angeles. He and sister Dorothy were raised in the Santa Monica area. An early interest in music led to his learning to play several instruments, including the clarinet and saxophone. He got his first taste of entertaining audiences by performing in local bands while arranging music for them as well. An interest in acting came about participating in school plays and continued when he found parts to play in small theatre houses in such productions as “They Can’t Get You Down” in 1939.

Unable to consistently pay the bills, however, Griffith found steadier work at Douglas Aircraft in Santa Monica. Enlisting in the Marine Corps. in 1941, he served his country until 1947. Eventually married with a newborn, a chance meeting with bandleader Spike Jones while working as a gas station attendant led to a six month traveling gig with Jones’ City Slicker Band playing tenor saxophone.

Griffith finally broke into “B” films with a smarmy but showy role as an insurance agent in the murder drama Blonde Ice (1948). He continued to sniff out work in both drama and occasional comedy usually as unsympathetic or shady characters, sometimes billed and sometimes not. Some of his bigger, noteworthy parts in the early years came with the pictures Alaska Patrol (1949), Indian Territory (1950) and Double Deal (1950). He also took on some famous and infamous figures of history as in Fighting Man of the Plains (1949) (as William Quantrill), Day of Triumph (1954) (as Judas Iscariot), Jesse James vs. the Daltons (1954) (as outlaw Bob Dalton), The Law vs. Billy the Kid (1954) (as Pat Garrett), and Masterson of Kansas (1954) as Doc Holliday. He provided the voice of Abraham Lincoln in the Rod Cameron western Lost Stage Valley (1950).

TV took much of the mustachioed actor’s time from the 1950s on, notably in westerns such as “The Lone Ranger,” “Annie Oakley,” “Gunsmoke,” “The Big Valley,” “Bonanza,” “Death Valley Days,” “The Gene Autry Show,” “Wagon Train,” “Rawhide,” “Maverick,” “Little House on the Prairie,” “B.J. and the Bear” and “Dallas.” Elsewhere on the small screen he played cold-hearted villains twice on “Batman” in support of the nefarious Ma Parker and Catwoman. Not to be pegged in just oaters, he also appeared in less dusty TV fare such as “The Streets of San Francisco,” “Fantasy Island” and Emergency!” Griffith made his final acting appearance on a 1984 “Trapper John” episode.

A gifted raconteur, his later years were spent writing theatre plays and movie scripts, and attending film festivals. Two of his earlier movie scripts that found releases were Lorna (1964) (in which he also appeared), Shalako (1968) and Catlow (1971). Griffith died of cancer on September 17, 1993, at age 77.