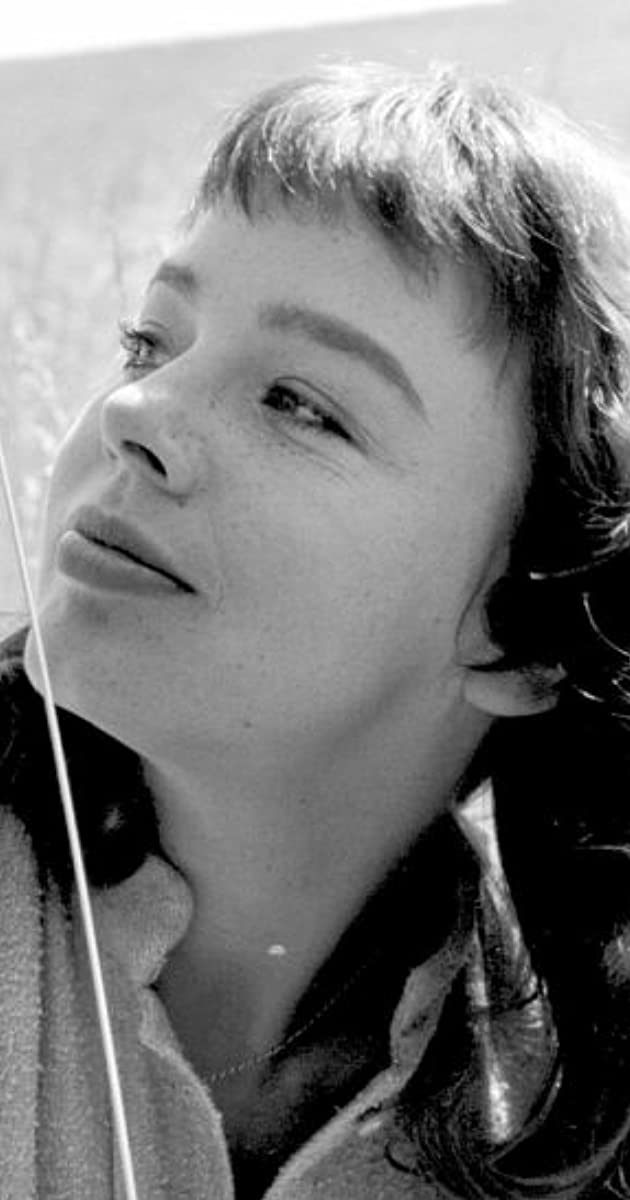 As Disney’s lively lass Katie O’Gill she was the freshness of spring. She could inspire you to dance a jig through a field of flowers. Her entrancing green eyes and catchy spirit had that kind of life-affirming effect. Cute, spunky, almond-eyed British actress Janet Munro was deemed to be an actress from day one as the daughter of Scottish stage and variety hall comedian Alex Munro (1911-1986) (born Alexander Horsburgh). Janet Neilson Horsburgh was born in Blackpool (near Liverpool), Lancashire, England on September 28, 1934. Her entertainer father adopted the name Munro as his own a few years after Janet was born. His wife, Phyllis, Janet’s mother, died when Janet was only 8 and the young girl was raised by the comedian’s second wife, Lilias.

She first trained as a teenager in repertory theatre in the Lancashire area and in the late 1950s found popularity on British TV. She even earned the title of “Miss Television of 1958” by a fan magazine. She also dabbled in films with prominent roles in the breezy comedy Small Hotel (1957), the drama The Young and the Guilty (1958) and the creepy sci-fi/horror The Trollenberg Terror (1958) [aka The Crawling Eye].

Adaptable to both comedy and drama, the little charmer caught the eye of Walt Disney who saw big things for her, and she was signed to a five-picture deal in 1959. She made four. Appealing to a brand new generation of Britishers and Americans as the scrappy, brunette-banged ingénue of several box-office family films, she brightened up the day with her performances in Darby O’Gill and the Little People (1959), Third Man on the Mountain (1959), and Swiss Family Robinson (1960).

The Golden Globe winner for “most promising newcomer” eventually outgrew Disney and tried to moved ahead by altering her wholesome image with some mature, spicier roles. Audiences, however, didn’t respond well to this sudden departure. The idea of an adult Janet Munro playing overly sexy ladies and the seriously downtrodden did not take and her career quickly faltered. Despite a BAFTA nomination for her role in Life for Ruth (1962), she began to see life unraveling both personally and professionally right before her very eyes.

Janet’s marriages to actors Tony Wright and Ian Hendry fell by the wayside and two miscarriages plus chronic medical ills only deepened her suffering. Worse yet, she developed an acute alcohol problem. Semi-retired from acting between 1964 and 1968 while married to Hendry in order to raise her children, she found the going difficult when she tried to return full time.

Ironically, one of Janet’s last screen roles showed her at her dramatic best, playing that of a boozing pop star in the British film Sebastian (1968). Four years later Janet died under somewhat mysterious circumstances. Reports circulated that she choked to death at a London hotel while drinking tea. The immediate cause of her death was acute myocarditis; the underlying cause was chronic ischemic heart disease. The sun set all too soon on this lovely actress at 38 years of age. She was survived by her two daughters, Sally and Connie.