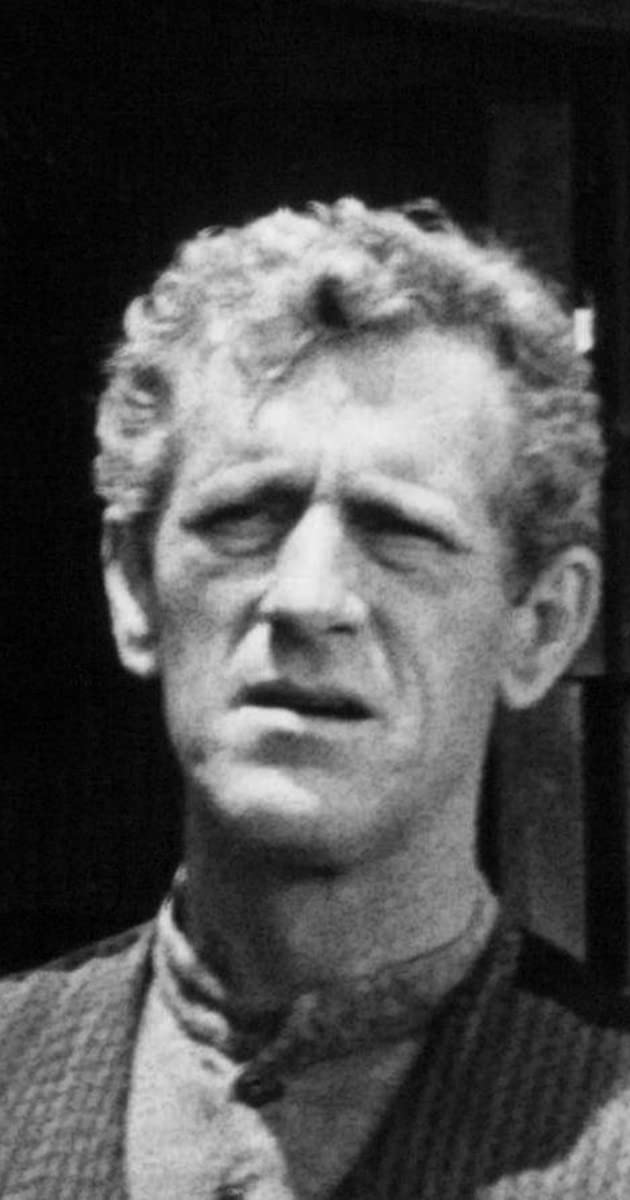 A tall, sinewy, austere-looking character actor with silver hair, rugged features and a distinctive voice, John Robert Anderson appeared in hundreds of films and television episodes. Immensely versatile, he was at his best submerging himself in the role of historical figures (he impersonated Abraham Lincoln three times and twice baseball commissioner Judge Kenesaw Mountain Landis, men whom he strongly resembled). He was a familiar presence in westerns and science-fiction serials, usually as upstanding, dignified and generally benign citizens (a rare exception was his Ebonite interrogator in The Outer Limits (1963) episode “Nightmare”). He had a high opinion of Rod Serling and was proud to be featured in four episodes of The Twilight Zone (1959), most memorably as the tuxedo-clad angel Gabriel in “A Passage for Trumpet” (doing for Jack Klugman what Henry Travers did for James Stewart in It’s a Wonderful Life (1946)).

Known to other youths as ‘J.R.’, Anderson had a happy childhood, growing up first on a small farm near Clayton, Illinois, and then in the mid-sized town of Quincy where his mother operated a cigar stand. A rangy, outdoorsy type, he excelled at various sports, was a drum major, a member of the track team and the boy scouts. During World War II, he served in the Coast Guard, mainly involved in helping protect convoys from U-boat attacks. In 1946, he commenced studies at the University of Iowa, eventually graduating with a master’s degree in drama. His acting career began on the riverboat ‘Goldenrod’ (now the oldest surviving Mississippi River Basin showboat in America) and proceeded from there to the Cleveland Playhouse for a year, then the New York stage and summer stock with parts in prestigious plays like “Cat On A Hot Tin Roof” and “Home of the Brave”. He also occasionally doubled up as a singer on Broadway (“Paint Your Wagon” (1951), “The Emperor’s Clothes” (1953)).

Anderson began as a regular television actor during that medium’s formative years. In the course of the next four decades, his appearance barely changing, he was consistently excellent wherever he popped up, be it as western lawmen (including a recurring role as Virgil Earp in The Life and Legend of Wyatt Earp (1955)), as cops, governors, judges and army officers; hard-nosed oil executive Herbert Styles in Dallas (1978), or as kindly patriarch of the Hazard clan in North and South (1985). Though less traveled on the big screen, Anderson was particularly impressive as the furtive second-hand car dealer, ‘California Charlie’, in Alfred Hitchcock’s Psycho (1960), the ruthless leader of the renegades, Addis, in Day of the Evil Gun (1968) and, reprising his role as Lincoln, in The Lincoln Conspiracy (1977). One of the best all-rounders in the business, Anderson died of a heart attack at his home in Sherman Oaks in August 1992, aged 69.