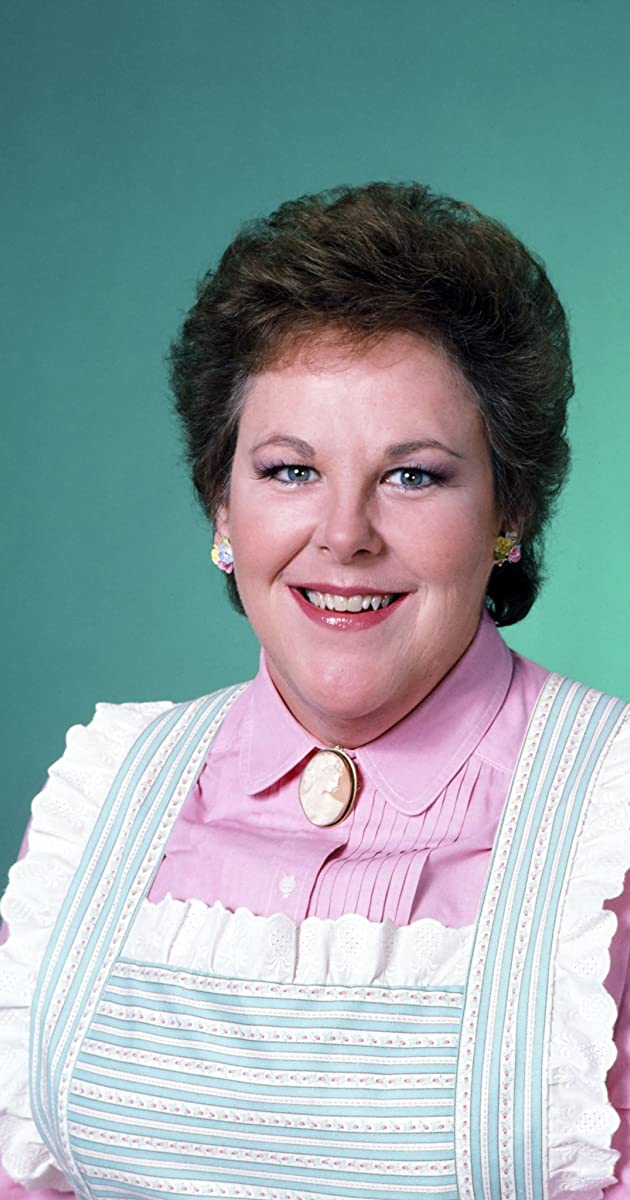 Mary Jo Catlett has been part of the main voice cast on SpongeBob SquarePants (1999) since its premiere, playing SpongeBob’s teacher, Mrs. Puff. She is an unmistakably happy and hearty veteran character actress and comedienne who has found success in all three mediums (stage, film and television) with her trademark flowery voice, giddy demeanor and ever-cheery disposition. Having made her off-Broadway debut in 1963, the endearing Mary Jo Catlett is now broaching six decades in the entertainment business.

Catlett was born on September 2, 1938 in Denver, Colorado, the daughter of Robert and Cornelia (Callaghan) Catlett. A graduate of Loretto Heights College in Denver, she was drawn to acting quite young — musical comedy, in particular. While she made her off-Broadway debut in a 1963 melodrama, “Along Came a Spider”, which opened at the Mermaid Theatre, the following year Mary Jo was right back in her tuneful element scoring as Ernestina in the original Broadway production of “Hello, Dolly!” starring Carol Channing. She toured with the production when Ginger Rogers took the show on tour. Eventually building up her resume in regional theater, she served as a replacement in the 1969 musical “Promenade”, then returned to Broadway at the end of that year where her broad, burlesque style well suited the bawdy musical takeoff of Chaucer’s “Canterbury Tales”, which lasted about four months. Other New York-based productions came her way but most were short-lived, including “Greenwillow” (1970), “Different Times” (1972), “Lysistrata” (1972) and “Fashion” (1973). However, she did enjoy a scene-stealing role as Mabel in the New York revival of “The Pajama Game” in 1973.

While Mary Jo has a propensity for humor and laughter, she has also demonstrated an award-winning dramatic side. Her role as Lola Delaney in “Come Back, Little Sheba” earned her the Los Angeles Drama Critics Award in 1976. Four years later, she won the award again in a production of “Philadelphia, Here I Come”. Over the years, she has flitted about not only in musicals (“Annie Get Your Gun” (as Annie), “How to Succeed in Business…”), but has tackled Shakespeare (“Twelfth Night”, “Romeo and Juliet”) and other serious stage roles (“27 Wagons Full of Cotton”, “Naomi Court”, “Our Town”).

With her plaintive and matronly features, ample size, wallflower demeanor and instincts for broad levity, Mary Jo has proven to be a natural for small screen comedy. In the late 1960s, she began to apply her trade on-camera. One of her earliest mid-career appearances included a role in the television fantasy The Littlest Angel (1969) where she and fellow comedienne Lu Leonard played plus-sized scribes, but it was not until the mid-1970s that she began making the normal rounds with dozens of appearances on the sitcom circuit, including roles on “The Bob Newhart Show”, “M*A*S*H”, “Mr. Belvedere”, “Night Court”, Gimme a Break”, “Saved By the Bell”, “Maude” and “Welcome Back, Kotter”. In 1982, she joined the cast as a housekeeping regular for television kids Gary Coleman, Todd Bridges and Dana Plato on Diff’rent Strokes (1978) and found plentiful work on lightweight dramatic series too such as “Murder, She Wrote,” “Matlock” and “Fantasy Island”. In daytime, she was nominated for an Emmy Award during the 1989-1990 season of General Hospital (1972). She also became a television face in households with over 30 national commercials to her credit.

Sparingly used on film, she made her debut in an unbilled part in Woody Allen’s Bananas (1971). Other supporting work include roles in High Anxiety (1977), Semi-Tough (1977), The Champ (1979), The Best Little Whorehouse in Texas (1982) and, more notably, Serial Mom (1994). She has had a slight upsurge of late in movie parts with roles in the gay-themed Surprise, Surprise (2010) and Anderson’s Cross (2010), and the comedy How to Be a Serial Killer (2008). On stage, Mary Jo has continued to put her best foot forward on the musical stage in such productions as “Beauty and the Beast”, “Big River” and “The Full Monty”, not to mention several variations of “Nunsense” and its offshoots.

Over the years, Mary Jo has shown that her heart is as big as her talent as a consistently reliable and fun-filled novelty song performer at charity fund raisers and musical benefits, most notably for various AIDS and the Broadway-oriented “Help Is on the Way” organizations.