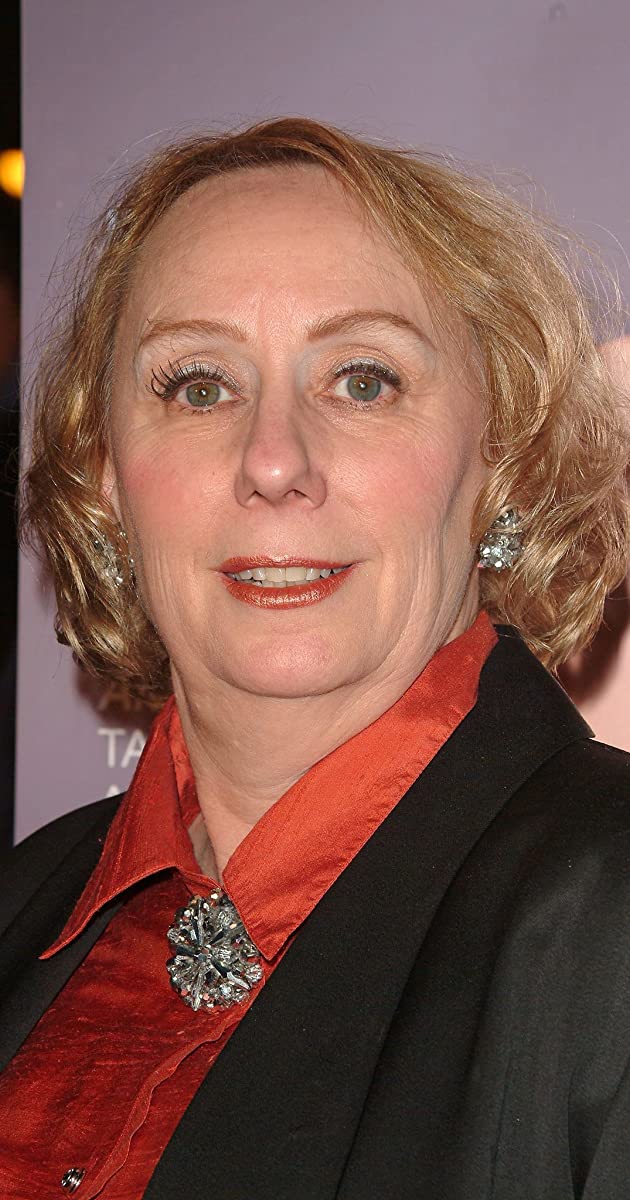 Part of the original motley crew of cast players in underground shock master John Waters’ bare-bones 8mm, 16mm and 35mm cult perversions during the late 60s and early 70s, Mink Stole was born Nancy Stoll in the late 1940s in Baltimore, Maryland. Waters took her under his wing in 1966 wherein she started “acting out” a number of his deviant creations for gross-out effect alongside other outré members that included transvestite actor Divine, Mary Vivian Pearce, David Lochary, Cookie Mueller and the not-to-be-believed grande dame Edith Massey. Calling themselves the Dreamland Players, Stole would become known as both the hysterical foil and vengeful nemesis of “leading lady” Divine, playing her annoying repulsive characters as pure evil incarnate. Her role in the infamous Pink Flamingos (1972) as Connie Marble, the carrot-domed villain complete with outlandish cats-eye glasses and seedy fur coat, set the tone for her subsequent gallery of grotesques, including the tantrum-throwing girl-child Taffy Davenport in Female Trouble (1974), murderous housewife-on-the-lam Peggy Gravel in Desperate Living (1977), and corn-rowed hussy Sandra Sullivan in Polyester (1981), which was the first Waters film to star a legit actor — Tab Hunter. Stole’s movie time in Waters’ campfests would grow less and less as his movies/parodies grew more and more mainstream, but she remained an altruistic player for Waters nevertheless, appearing in nearly every one of his films. In 1994, she did bits in his wide releases of Hairspray (1988), Cry-Baby (1990), Serial Mom (1994), Cecil B. DeMented (2000), and, his most recent, A Dirty Shame (2004).

She appeared in numerous tongue-in-cheek cameos for other dubious directing talents as well with tacky, tawdry titles that begged for straight-to-video release. Over the years, Stole has made the rounds on the experimental stage. She played Van Helsing in a production of “Dracula” and the title papal role in “Sister Mary Ignatius Explains It All for You,” not to mention bizarre, contemporary treatments of the Bard’s “A Midsummer Night’s Dream” and “A Winter’s Tale.” She recently attracted some attention in the play “Sleeping with Straight Men” which was seen on both coasts from 2002-2004. On the sly she has written an advice column, of all things, called “Think Mink” for a Baltimore newspaper. Mink Stole continues to reign as a prime film outlaw, having just completed a role in Another Gay Movie (2006) playing a character named Sloppi Seconds. Need I say more?