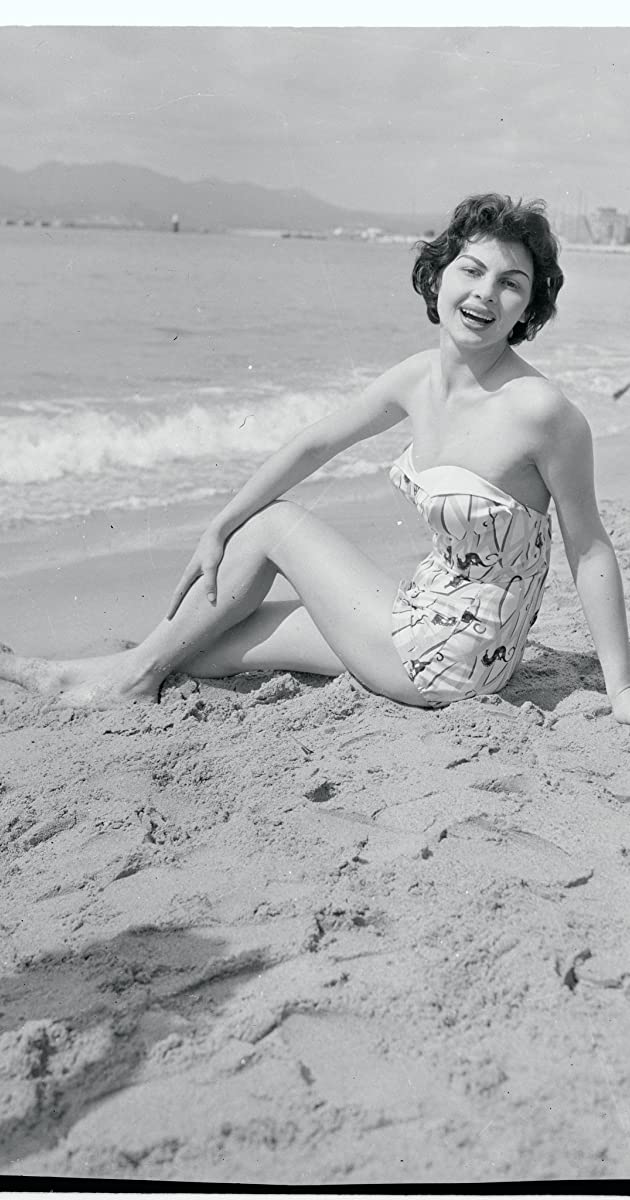 This cosmopolitan actress is best remembered for appearing as different characters in two early James Bond films. Multilingual Nadezda “Nadja” Poderegin hailed from Kraljevo, a town in present day Serbia (then Yugoslavia). Her father, a Ukrainian-born scientist and lecturer, was killed during World War II when she was just nine years old. With her mother and sister Nadja subsequently resettled in Yugoslavia’s capital. She abandoned plans for a career in journalism after commencing studies at Belgrade’s Academy of Dramatic Arts (eventually graduating with a B.A.) and was soon featured in a few locally made films.

Her first major role (after shortening her surname to “Regin”) was in Das Haus an der Küste (1954), a German-Yugoslav co-production, filmed around picturesque Dubrovnik. It gained some international exposure via distribution through the Rank Organisation and this led to more substantial film offers in Germany. For much of the 50s, Nadja appeared near the top of the bill in a string of romantic dramas and comedies opposite well-seasoned German and Austrian stars like Curd Jürgens, Rudolf Prack, Theo Lingen and Peter Pasetti.

Following her marriage to a Polish war veteran, Nadja moved to Britain. Having a natural aptitude for picking up languages quickly, she added English to her repertoire within a few months, though (by her own admission) her accent tended to restrict her “to either sexy parts or as a spy”. Her own favourite film role was the (typically British) wartime comedy Don’t Panic Chaps (1959) (starring Dennis Price and George Cole) in which she provided the romantic spark.

She later had guest spots opposite Patrick McGoohan in Danger Man (1960) and Roger Moore in The Saint (1962) before landing a small role as the girlfriend of MI 6 station chief Kerim Be (Pedro Armendáriz) in From Russia with Love (1963). Arguably, Nadja’s best known role was as the double-crossing belly-dancer Bonita in Goldfinger (1964). A memorable scene has James Bond (played by Sean Connery) preempting an assailant’s attack by catching his reflection in one of Bonita’s eyes (photographed in close-up), then spinning her around and using her as a shield.

She swapped the acting profession in the 1970s to work behind the cameras as a script reader/consultant for Rank and Hammer studios. In tandem with her sister, she set up a publishing company (Honeyglen Publishing Ltd) in 1980 and latterly published her own e-book novel “The Victims and the Fools” under the name Nadja Poderegin.