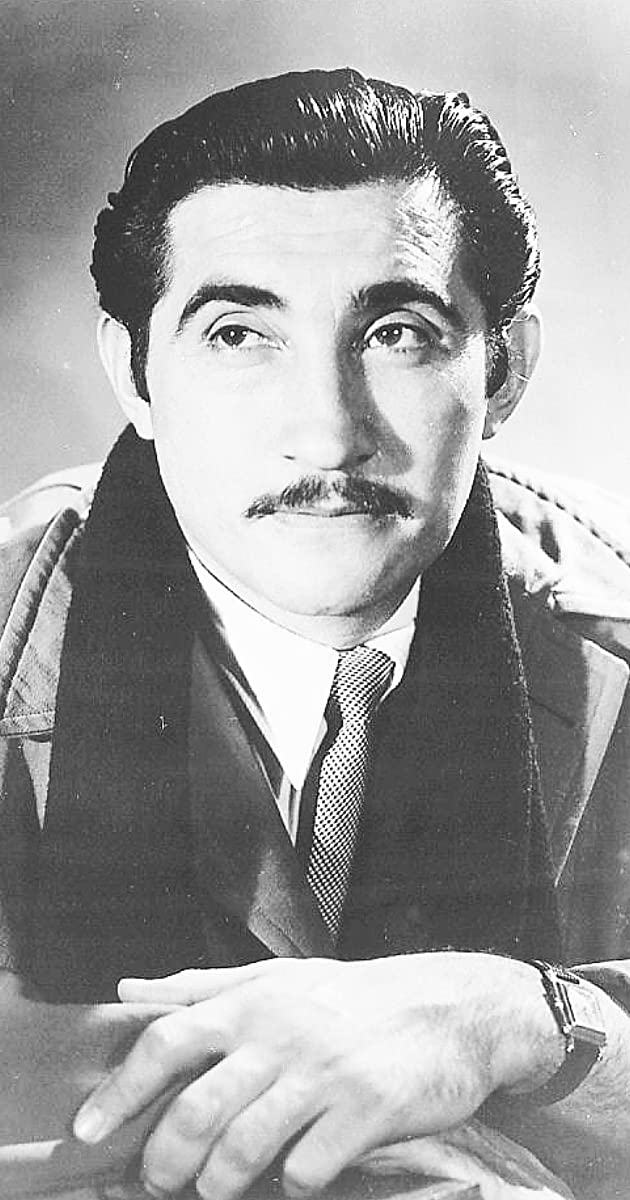 Mexican character actor Rodolfo Acosta (born Rodolfo Acosta Pérez) achieved his greatest success in the US, primarily as a villain in westerns. He was born in Chamizal, a section of land disputed by Mexico and Texas due to changes in the Rio Grande river which forms the border. At the time of Acosta’s birth, the area was generally accepted by both Mexican and Texas governments as U.S. territory, and Acosta was born an American citizen. He served in the U.S. Navy in naval intelligence during World War II and married Jeanine Cohen, a woman he met in Casablanca during the North African campaign. (She later filed for divorce as a result of his affair with actress Ann Sheridan in the 1950s.) After the war, Acosta worked in Mexico in films of the great director Emilio Fernández, which led to a bit in John Ford’s film The Fugitive (1947). He came to the US and was signed by Universal for a small role in One Way Street (1950). He stayed in the US and his sharp, ruthless features led him to a long succession of roles as bandits, Indian warriors and outlaws. In The Tijuana Story (1957), he actually had a sympathetic leading role, but in general he spent his career as a very familiar western bad guy. He died of cancer in 1974 at the age of 54, leaving five children.