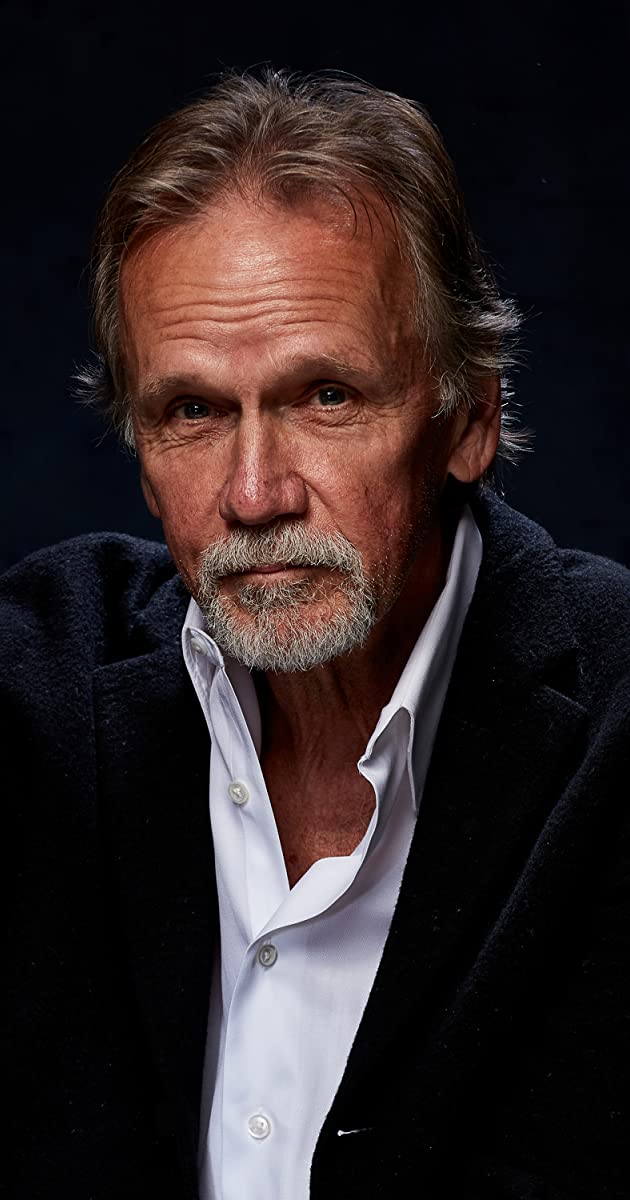 Sam Hennings was born in Macon, Georgia with German, English and Scotch-Irish ancestry. Deciding in the early 1980s to pursue acting as a full-time profession, Sam moved to Los Angeles where he studied at the prestigious Beverly Hills Playhouse (for 20 years) with prominent acting teacher, Milton Katselas. In 1984, with encouragement from his teacher, Sam launched his theatrical stage career, a medium he fell in love with and continues to return to whenever possible. In 1985, Sam made his professional acting debut on the ABC series Moonlighting (pilot episode) starring Bruce Willis. Over the next few years Sam continued to improve his craft through study and stage work and landed several TV guest-starring roles including Alfred Hitchcock Presents, Dallas, Star Trek: The Next Generation and Hunter. In 1989, Sam had his first break when director Randy Roberts, who had directed Sam earlier in Alfred Hitchcock Presents, invited Sam to co-star with Lou Gossett Jr., in the acclaimed ABC TV – Movie, Gideon Oliver – The Last Plane from Coramaya. His performance as a photojournalist in wartime Central America was received with an abundance of critical praise.

The 90s brought Sam more substantial television roles and well deserved exposure. In 1991, Sam made his film debut as a hard-nosed, Texas sheriff in the 1960s era film Shout, starring John Travolta and Heather Graham. Shout earned mixed reviews from critics, but even so, Sam earned praise for his performance. Opening the doors for Sam to play Loyola Marymount basketball Coach, David Spencer, alongside veteran actor George Kennedy, in an emotionally driven performance in the biographical television drama, Final Shot: The Hank Gathers Story. In 1992-93, Sam landed his first series regular role on television in the short lived series Secrets, and NBC’s Trade Winds. He was then cast as the lead in the film, Seasons of the Heart, playing a weary, Civil War-era man on the cold plains of Oregon whose children are dying of cholera. Sam continued to be adamant against being pigeonholed as a handsome, good guy or a so-called, bad guy. And in 1994, director John Badham cast Sam as a rogue, skydiving, DEA agent opposite Gary Busey in Paramount Studios film Drop Zone, starring Wesley Snipes. CBS then cast Sam as a charming, but dark murderer, in the western series, The Magnificent Seven, with Robert Vaughn. That same year he was cast as Linda Hamilton’s love interest in the CBS MOW: Point Last Seen, starring Linda Hamilton, Mary Kay Place and Sam. He finished the decade with recurring roles on the CBS series, Pensacola: Wings of Gold as James Brolin’s hot-headed brother and the popular military drama series, JAG, as the Captain of an Aircraft Carrier in the Indian Ocean.

Sam’s star continued to rise in the early 2000s as he continued to pour on his magic in every role he accepted. In 2002, NBC cast him as a charming, CIA operative in the long running series ER and in 2004, he accepted the lead role as Ben Steed in the trilogy (2004-2006) film series, The Work And The Glory. Later that year, Martin Scorsese cast him in The Aviator, with Leonardo DiCaprio. 2005 Sam was cast in the film, Havoc, as Bijou Phillips’ father, starring Anne Hathaway, Joseph Gordon-Levitt, Bijou Phillips and Raymond Cruz. TNT cast him in a recurring role as Holly Hunter’s brother in the series, Saving Grace. In 2009, Sam was cast in the film, Stolen, with Jon Hamm and Jessica Chastain. Finishing out the year, Sam accepted guest starring roles in television shows such as Eleventh Hour, Dollhouse, Cold Case, CSI Miami and CSI Crime Scene Investigation.

2010 started out well for Sam. George Clooney and Grant Heslov, co-founders of Smokehouse Productions and whom had known Sam from his early days at the Beverly Hills Playhouse, cast him as a series regular opposite Jason Lee and Alfre Woodard in Memphis Beat, for TNT. The Hollywood Reporter’s review of Memphis Beat read: “But even as the cop genre seems beyond saturation, along comes TNT’s Memphis Beat, a series with a fresh character in a fresh environment with a fresh look and sound that proves, against all odds, that good actors and agile execution trump format every time.” Memphis Beat aired for two seasons, clearly establishing Sam as a versatile leading man and character actor. In 2011, while on hiatus from Memphis Beat, Sam was cast in the popular fantasy cult series, Supernatural, as the legendary gun-maker, Samuel Colt. In 2012, director Jon Avnet drafted Sam as the recurring character, “Col. Harold,” for the YouTube series Lauren, with Jennifer Beals, Trojan Bellisario and Raymond Cruz. In 2013, director Wayne Kramer offered Sam the dark role of “Virgil,” aka the “Devil,” in Pawnshop Chronicles. The film is an off-the wall anthology of stories involving meth-addicted, white supremacists, a man looking for his kidnapped wife and an Elvis impersonator. Pawnshop Chronicles starred Paul Walker, Matt Dillion, Brendan Fraser, Elijah Wood and Vincent D’Onofrio. Sam, once again, received rave reviews for his performance in this film.

Sam continued to accept challenging guest starring roles on hit shows some of which include Castle, Criminal Minds and Red Widow, with Radha Mitchell, where Sam played a hardened, bad-ass drug dealer. Sam then returned to his favorite medium, the stage, in plays such as Hanging Alice and Ten Tricks. Ten Tricks was later made into a film co-starring Sam Hennings, Lea Thompson and Raymond Cruz. In 2013, the Lifetime Network cast Sam as a stern, polygamous husband in the TV movie, Escape from Polygamy with Haley Lu Richardson and Mary McCormack. In 2017, Sam was cast in Hypnotized, playing an egotistical, sex-obsessed, Southern Governor, with Kevin Pollack and Vinnie Jones. 2019 in Netflix’s original film Juanita, starring Adam Beach, LaTanya Richardson Jackson, Blair Underwood and Hennings’s good friend and co-star from Memphis Beat, Alfre Woodard. Sam’s latest project is Rodrigo Garcia’s drama Four Good Days, starring Glenn Close and Mila Kunis. Hennings plays the role of Dale, a Harden man stressed by years of his daughter’s addiction Mila Kunis, and his ex-wife Glenn Close attempts to save her.