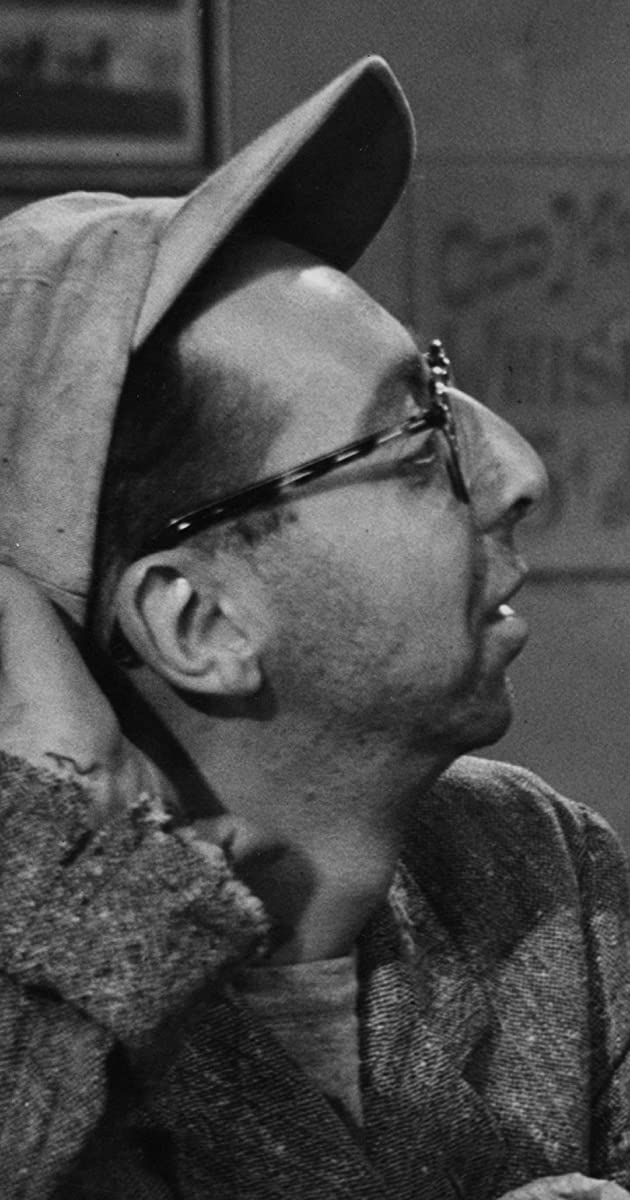 A show-stopping comic for decades, the inimitable Arnold Stang, with the trademark Runyonesque voice and thick, black glasses, started out famously on radio before branching out to include Broadway, films and especially TV. Born on September 28, 1918, in New York City (for decades he himself perpetuated the myth of being born in 1925 in Chelsea, Massachusetts), he was the son of a lawyer. Following the 1929 stock market crash, his father was forced to look elsewhere for work and managed a living as a salesman. The scrawny kid from Manhatten grew up in Brooklyn and attended New Utrecht High School.

During his teen years (early 1930s) he auditioned for and won roles on radio’s “Horn and Hardart’s Children’s Hour,” a variety show, and the kiddie program “Let’s Pretend,” which set off a two-decade stint as one of radio’s most popular vocal personalities. His squawky, unmistakable voice was heard as Jughead in the “Archie Andrews” series and as neighbor Seymour Fingerhood on the beloved, Bronx-styled Gertrude Berg classic “The Goldbergs,” among others. He even appeared in radio soap operas and mysteries on occasion, often providing comedy relief. A reliable and feisty second banana, he traded quips with the best of them: Eddie Cantor; Jack Benny; Fred Allen; Fanny Brice; Milton Berle, you name it.

In between radio work Stang could sometimes be seen on the stage, his first legitimate play being on Broadway with the short-lived “All In Favour” (1942). This was followed by “You’ll See Stars” at the end of that same year. He subsequently moved from radio to TV with the help of Berle in the late 1940s and eventually found a very comfortable niche in comedy as a foil to the big stars. On the satirical Henry Morgan’s Great Talent Hunt (1951), he was a regular member of Morgan’s stock company as a nerdy teen named Gerard. Plain, plucky but rather sad-sack, his puny-looking nerd types (5’3″ and not much over 100 pounds) seemed to beg to have sand kicked in their faces. Yet, as much as they could be pushed around, they often displayed stubborn, delinquent-like streaks and could be mighty pesky in nature and irritating to the nth degree.

Stang also lent his vocal talents quite successfully to cartoon voiceovers beginning with Popeye the Sailor’s pal Shorty. He later moved into a lengthy hitch as “Hoiman” the mouse in Paramount’s popular “Herman and Katnip” series, but his best known animal character, of course, came later with the title role in Joseph Barbera – William Hanna 1961 classic cartoon series Boss Cat (1961). His playing of “T.C”, the slick, smart-alecky, Brooklynesque mastermind behind a gang of alley cats, was very reminiscent of Phil Silvers’ Sgt. Bilko character from The Phil Silvers Show (1955).

Film work for Stang would be very sporadic over the years providing secondary but stalwart support in such escapism as Seven Days’ Leave (1942), My Sister Eileen (1942), Let’s Go Steady (1945), Two Gals and a Guy (1951) and the all-star epic It’s a Mad Mad Mad Mad World (1963). Stang’s best featured part was a rare dramatic role opposite Frank Sinatra in the then-daring topical movie about drug addiction entitled The Man with the Golden Arm (1955). Here he played Sinatra’s seedy but loyal pal Sparrow, a role that easily could have influenced Dustin Hoffman when he created his Ratso Rizzo character a decade and a half later in Midnight Cowboy (1969).

From the 1950s, the bespectacled comedian would be a steadfast TV commercial spokesman pitching such products as Delco, Chunky candy (“Chunky…what a chunk o’ chocolate!”) and Orkin (“Stop squawkin’, call Orkin!”) using his own, unique style. As for the stage, a few of his later stints included the 1969 Broadway remake of “The Front Page,” the role of Hysterium in a production of “A Funny Thing Happened on the Way to the Forum, and a part in Woody Allen’s “Play It Again, Sam”. The owlish comedian continued acting into the 90s with small roles in such movies as Ghost Dad (1990) and Dennis the Menace (1993).

Long married (since 1949) to wife JoAnn Taggart, a writer, Stang died of pneumonia at age 91 in Newton, Massachusetts, just before Christmas in 2009. He was also survived by his two children, David Donald and Deborah Jane.