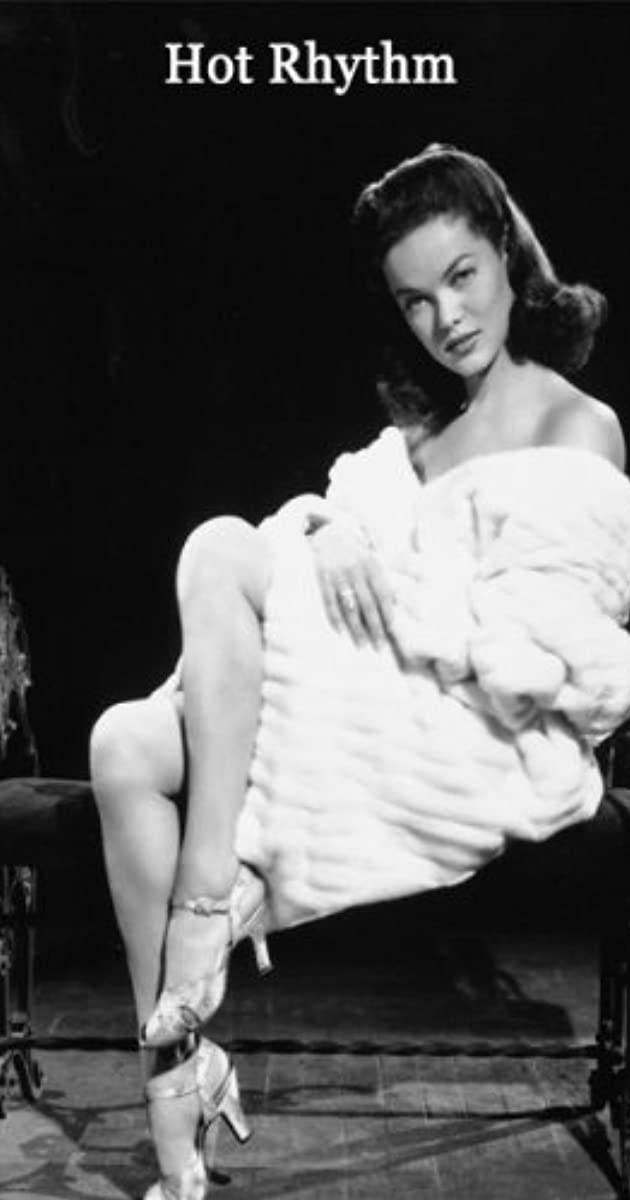 In a situation that closely recalls the Fannie Hurst story “Imitation of Life” in which a girl strives to pass for white, beautiful light-skinned African-American actress/singer/dancer/bandleader Dona (pronounced “dough-nuh”) Drake, for the sake of her career, denied her heritage and passed for white (in her case Mexican) for the duration of it. While it did not make her a true star, her zesty talents and charm went a long way in the field of war-time music. Unlike the story, Dona, however, did not abandon her parents or deny her parentage.

Dona was born Eunice (nicknamed “Una”) Westmoreland in Jacksonville (some references say Miami), Florida, on November 15, 1914, of African-American parents (Joseph Andrew Westmoreland and Novella Smith Westmoreland). A gifted child musically, her father moved his family and later opened a restaurant in Philadelphia. Five year old Eunice started to perform and play musical instruments there as entertainment. Following schooling, she moved to the Big Apple where (billed as Una Villon) she caught the fetching eye of Broadway and nightclub talent (“Murder at the Vanities” (1930)) and worked as various chorines on stage, nightclubs and Earl Carroll revues. Claiming she was Latino, she even went so far as to learn Spanish.

In 1935 Dona changed her name to Rita Rio to emphasize her “ethnicity” and spiced up her image even further when she earned a featured spot in Eddie Cantor’s film Strike Me Pink (1936). While it did not lead to more film work, it did enable her to form her own glitzy and glamorous all-girl band, Rita Rio and Her Rhythm Girls [aka The Girlfriends], which toured successfully.

On her own, Dona did a few short films and two-reelers, sang on the airwaves and revved up her image signing on radio. Good friend Dorothy Lamour assisted in getting her signed up to Paramount, where the studio changed her name to “Dona Drake” and built up her Latino background by sending out studio resumes that she was christened Rita Novella, was of Mexican, Irish and French descent and born and raised in Mexico City. Dona’s first picture for the studio was in the Dorothy Lamour vehicle Aloma of the South Seas (1941). She then pepped up the Bob Hope starrer Louisiana Purchase (1941) as well as an Arab girl in the Hope/Crosby/Lamour comedy Road to Morocco (1942). Unable to break out of her typecasting as a spicy singing support, her contract was dropped after a sparkling big band singing lead loanout to Monogram entitled Hot Rhythm (1944). Around this time she married the Oscar- and Emmy-winning costume designer William Travilla.

Dona freelanced in Without Reservations (1946), co-starred with Kent Taylor in Dangerous Millions (1946) and was featured in Another Part of the Forest (1948) (as a girlfriend to weaselly Dan Duryea), Beyond the Forest (1949) (as Bette Davis’ Indian maid), The Girl from Jones Beach (1949) (as Eddie Bracken’s paramour) and as the gold-digging second lead in So This Is New York (1948). After her marriage and a daughter, Nia Novella, was born, she toned down her filmmaking but returned in the mid-1950s to some film and TV parts before retiring in 1957 due to health and emotional issues (heart ailment, seizures/epilepsy). She and Travilla separated in 1956, but never divorced and still appeared together at functions on occasion. Dona died of pneumonia and respiratory failure in 1989 with Travilla dying one year later.