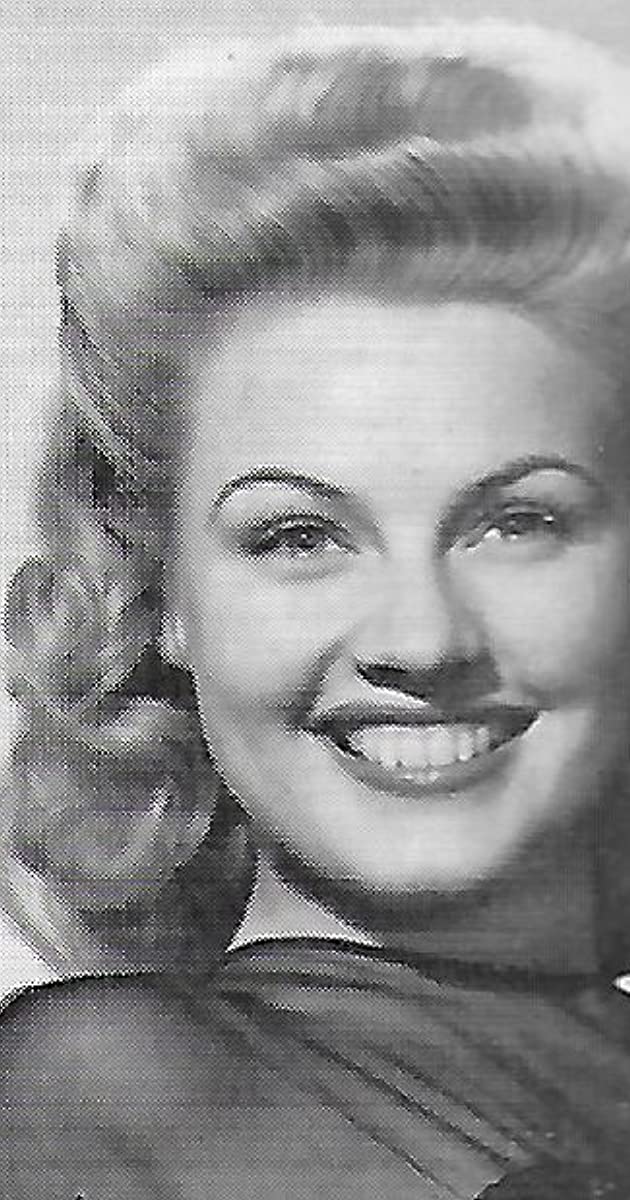 Minor league singer/actress Gale Robbins was a knockout-looking hazel-eyed redhead who made a modest dent in post-war Hollywood films. Born Betty Gale Robbins in Chicago, Illinois (some say Mitchell, Indiana) on May 7, 1921, she was the eldest of five daughters of Arthur E., a doctor, and Blanche Robbins, and educated at Chicago’s Jennings Seminary at Aurora, Illinois and Flower Tech. Gale had a natural flair for music and appeared in glee clubs and church choirs in the early days. She graduated from her Chicago high school in 1939.

She started out in entertainment as a model for the Vera Jones Modeling School in Chicago, but her singing talents soon took over. Signed by a talent agency, she sang with Phil Levant’s outfit in 1940 and later teamed with some male singers for a swing band that called themselves “The Duchess and Her Dukes.” She went on to work with some of the top radio and live ‘big bands’ of that era including the Jan Garber and Hal Kemp orchestras, her best showcase was working for Art Jarrett in 1941 when he took over Kemp’s band.

20th Century-Fox caught sight of this slim looker while she was singing for ‘Ben Bernie (I)’s outfit and was quickly signed her up, her first film being the pleasant time-filler In the Meantime, Darling (1944). A semi-popular cheesecake pin-up, Gale appeared on the cover of “Yank, The Army Weekly” in 1944, was heard on radio, and toured with Bob Hope in Europe the next year. Her post-war parts, mostly sultry second leads, were typically lightweight in nature. She was often lent out to other studios and not always in a singing mode. Gale’s better known film work includes Race Street (1948), The Barkleys of Broadway (1949), Three Little Words (1950), Affairs of Sally (1950) and Calamity Jane (1953).

Gale went on to host the Hollywood House (1949) and also appeared on The Colgate Comedy Hour (1950) in 1951. In the late 50s the gal with the smooth and sexy vocal style released an easy-listening album (“I’m a Dreamer”) for the Vik Label backed by Eddie Cano & His Orchestra. She covered such standards as “Them There Eyes” and “What Is This Thing Called Love.” After her final film appearance in Quantrill’s Raiders (1958) and a few additional TV parts on such programs as “Bourbon Street Beat,” “77 Sunset Strip,” “The Untouchables,” “Perry Mason” and “Mister Ed,” Gale phased out her career to focus full-time on raising her family.

Married to her high school sweetheart Robert Olson in November of 1943 while he was serving in the Air Force, her husband turned to construction engineering as a career and they had two children. After her 47-year-old husband was tragically killed on February 4, 1967, in a building accident, a distraught Gale, left the States for a time with her two daughters, and decided to make a transatlantic comeback of sorts appearing in nightclubs in Japan and the Orient. She later was glimpsed in the film Stand Up and Be Counted (1972) and appeared on stage in Stephen Sondheim’s musical “Company” in 1975. She also made ends meet as an interior decorator. Gale died of lung cancer in February of 1980, and interred at Forest Lawn Cemetery.