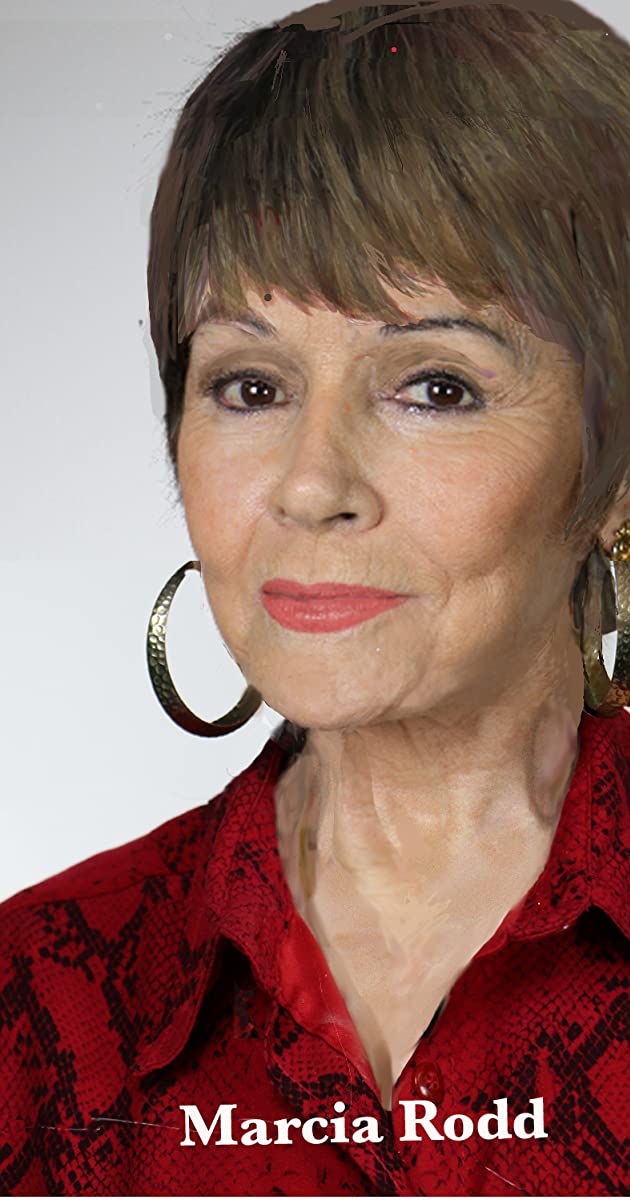 Kansas-born actress Marcia Rodd, born in 1940, studied drama at Northwestern University in the late 50s before heading to New York to pursue the stage. Offbeat comedy would play a dominate part of this appealing brunette’s early career. With an off-Broadway debut in the musical “Oh Say Can You See!” in 1962, she made it to Broadway two years later with “Oh! What a Lovely War”. A Drama Desk Award for “Your Own Thing”, which was based on Shakespeare’s “Twelfth Night,” and a Tony nomination for the musical “Shelter” would secure her place under the marquee lights. Her fine work as a grass-smoking free spirit opposite James Coco in “Last of the Red Hot Lovers” did not go unnoticed and led to an auspicious film debut in Jules Feiffer’s black comedy Little Murders (1971) with Elliott Gould. A flashy supporting part in the comedy-drama A Date with a Lonely Girl (1971) with Candice Bergen followed. Norman Lear took an interest in Marcia and brought her to TV with guest spots in All in the Family (1971). She guested as the sensible, outspoken daughter of defiantly liberal Bea Arthur in one of those classic Archie Bunker episodes, and their roles spun off into the popular series Maude (1972). Adrienne Barbeau assumed the role of the daughter, however, when Marcia turned the sitcom down. The stage was her first love and she returned to the East Coast for a part in “The Merry Wives of Windsor”. Marcia played TV wives for a time in the 1980s in such series as The Four Seasons (1984) and Trapper John, M.D. (1979). In later years, she developed a strong reputation as an LA stage director. She still takes on theater parts from time to time — having played Golde in “Fiddler on the Roof” and Diana Vreeland in the one-woman play “Full Gallop.” In retrospect, Marcia is one intriguing talent who deserved more film attention back in the 1970s.