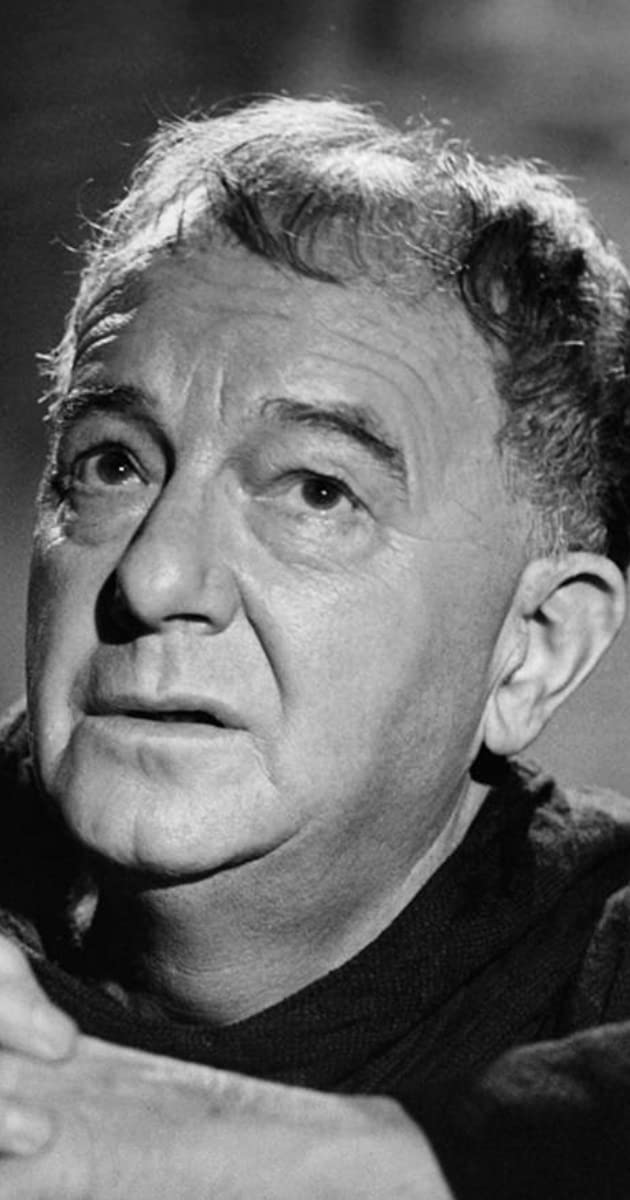 A grand, robust, highly theatrical British classical actor, Maurice Evans was the son of a justice of the peace who enjoyed amateur playwriting on the side. In fact, his father adapted several adaptations of Thomas Hardy’s novels and Evans would often appear in them. Early interest also came in London choirs as a boy tenor. Making his professional stage debut in 1926, Evans made do during his struggling years by running a cleaning and dyeing store. He earned his first triumph three years later in the play “Journey’s End”. A few attempts as a film lead and/or second lead didn’t pan out. Following a season with the Old Vic theatre company, he arrived in America and proceeded to conquer Broadway, establishing himself as one of the world’s more illustrious interpreters of Shakespeare. His eloquent, florid portrayals of Romeo, Hamlet, Macbeth and Richard II are considered among the best. He was also deemed a master of Shavian works which included superlative performances in “Major Barbara”, “Man and Superman” and “The Devil’s Disciple”. As a US citizen (1941), he was placed in charge of the Army Entertainment Section, Central Pacific Theater during WWII and left military service with the rank of major. His post-war career included a handful of character film roles, notably The Story of Gilbert and Sullivan (1953) (as composer Sir Arthur Sullivan), The War Lord (1965), Rosemary’s Baby (1968), and as “Dr. Zaius” in the Planet of the Apes (1968) series. However, films would never be his strong suit, earning much more stature on TV. More importantly, he brought Shakespeare to TV, adapting (and directing) a number of his stage classics. He won an Emmy award in 1960 for his Macbeth (1960). Interestingly, for all his legendary performances under the theatre lights, the elegant, ever-regal stage master is probably best known to generations of audiences for his recurring, non-classical appearances on the Bewitched (1964) TV series, as Elizabeth Montgomery’s loving but unapproving warlock father. Evans returned to England in his twilight years and died there in a nursing home of heart failure as a result of a bronchial infection, aged 87.