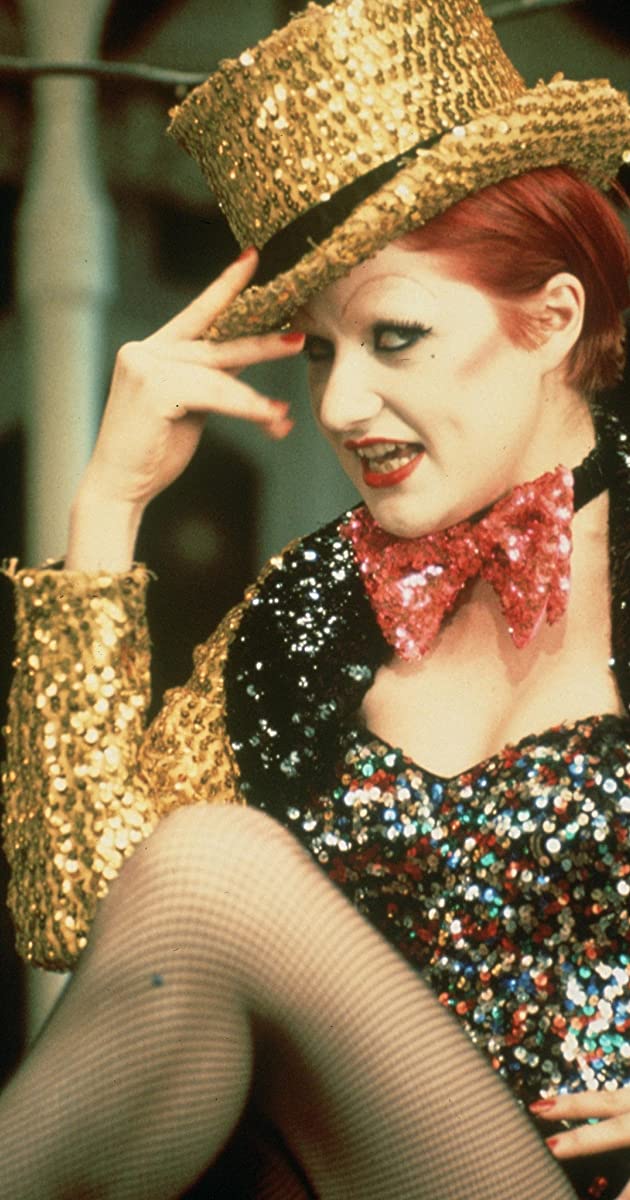 Nell Campbell (aka Little Nell) was born May 24, 1953 in Sydney, New South Wales, Australia. She is the daughter of Ross, humorist and editor of the Daily Telegraph, and Ruth Campbell. She made her “debut” tap dancing for an exhibition for Martin Sharp in 1970. When she turned 18 her father moved her brother, her, and her younger sister to London. There she took on odd jobs (she used to sell shoes with Fred Mercury, lead singer of Queen). Jim Sharman spotted her one day and hired her to play a part in his new stage production, ‘The Rocky Horror Show’. The play was a success and it was made into a movie. It was Nell’s break. The movie flopped in its original release so Nell went back to London and did some more theater. The film soon gathered a cult following, however, and she got a record deal with A&M and released a few singles (she had a hit song called “Do the Swim”). She also did a television series. In 1980 she moved to New York and made the sequel to the cult success Rocky Horror called Shock Treatment (1981). She also had a bit part in Pink Floyd: The Wall (1982) and appeared in several small pictures subsequently. In 1987, she opened the successful night club appropriately named Nell’s. Apart from being a talented dancer, actress, hostess and singer, Nell is also following in her father’s footsteps as a writer for Talk magazine.