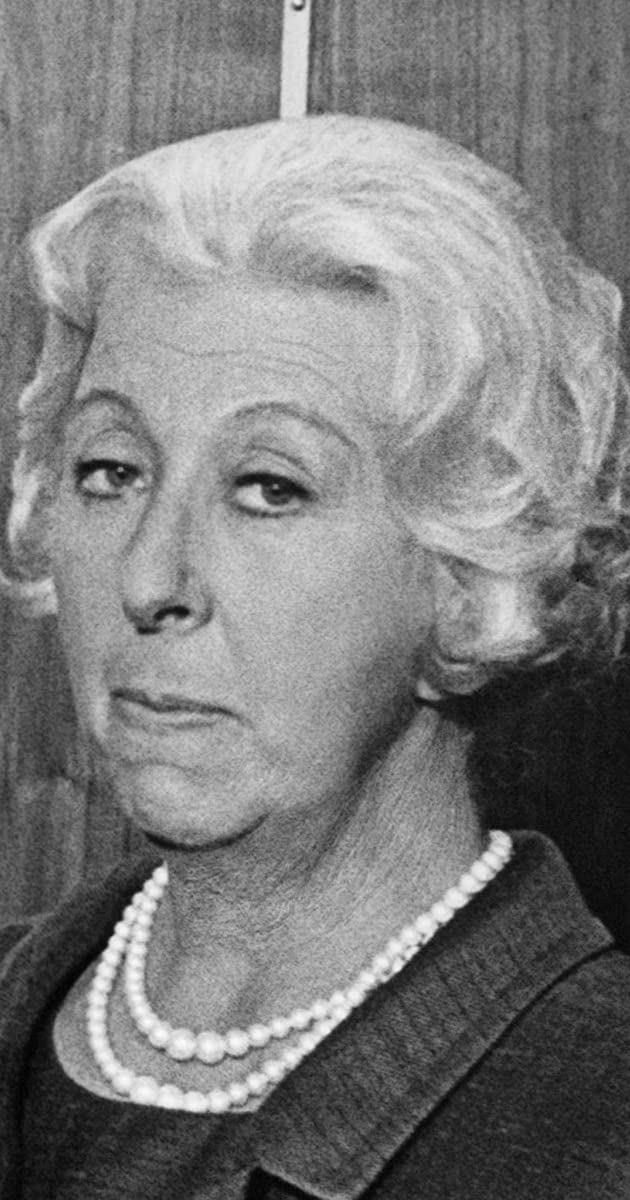 The daughter of a retired sea captain and his much-younger wife, actress Norma Varden was born and raised in turn-of-the-century London. A piano prodigy, she studied in Paris and appeared in concert in England during her teenage years. Acting, however, became her career of choice, studying at the Guildhall School of Music. She took her very first stage bow in a production of Peter Pan. In the adult role of Mrs. Darling, she was actually younger than the actors playing her children. In years to come, Norma would play a number of mature, lady-like roles that were much older than she was.

She performed Shakespeare in repertory and was at first cast in dramatic plays such as The Wandering Jew (1920-her West End debut) and Hamlet (1925) as the Player Queen. In various acting companies, she eventually found a flair for comedy and became the resident character comedienne for the famous Aldwych Theatre farce-ers from 1929 to 1933 à la Marx Bros. foil Margaret Dumont. Finding success there in the comedies A Night Like This and Turkey Time, she later recreated both roles on British film a couple of years later. She went on to prove herself a minor but avid scene-stealer in such movies as Evergreen (1934), The Iron Duke (1934), Stormy Weather (1935) and East Meets West (1936), quickly finding an amusing niche as a haughty society maven. She played both benevolent and supercilious with equal ease — her height (5’7-1/2″), elongated oval face, vacant manner, plummy voice and slightly drowsy eyes adding immensely to the look and amusement of her characters.

In the early 1940s, the veteran actress visited California, accompanied by her ailing, widowed mother, for a take on the warmer climate and decided to permanently settle. Again, she found herself in demand as a now silvery-haired duchess, queen or Lady something, albeit in less meaty, sometimes even unbilled parts. Although she could dress down when called upon as a bar maid, nurse and landlady, she usually was asked to provide the requisite atmosphere for glossy, opulent settings. Her more noticeable roles came as lecherous Robert Benchley’s wealthy, put-upon wife in The Major and the Minor (1942); the vile Lady Abbott in Forever Amber (1947); the giddy socialite nearly strangled by Robert Walker in Hitchcock’s classic Strangers on a Train (1951); the impressively bejeweled wife of Charles Coburn, whom Marilyn Monroe fawns over in Gentlemen Prefer Blondes (1953); and the Von Trapp housekeeper Frau Schmidt in The Sound of Music (1965).

Norma became a steadfast radio and TV comedy foil during the 40s, 50s and 60s, often at the mercy of a Lucille Ball or Jack Benny. Her longest radio part was as Basil Rathbone’s housekeeper on his Sherlock Holmes radio series. On TV, she appeared in such shows as Mister Ed (1958), The Beverly Hillbillies (1962), Bewitched (1964) and Batman (1966) She had recurring roles as Betty Hutton’s aunt on The Betty Hutton Show (1959) and as Shirley Booth’s neighbor on Hazel (1961). Never married, Norma’s mother passed away in 1969, and the actress retired shortly after. She died of heart failure in 1989, a day before her 91st birthday.