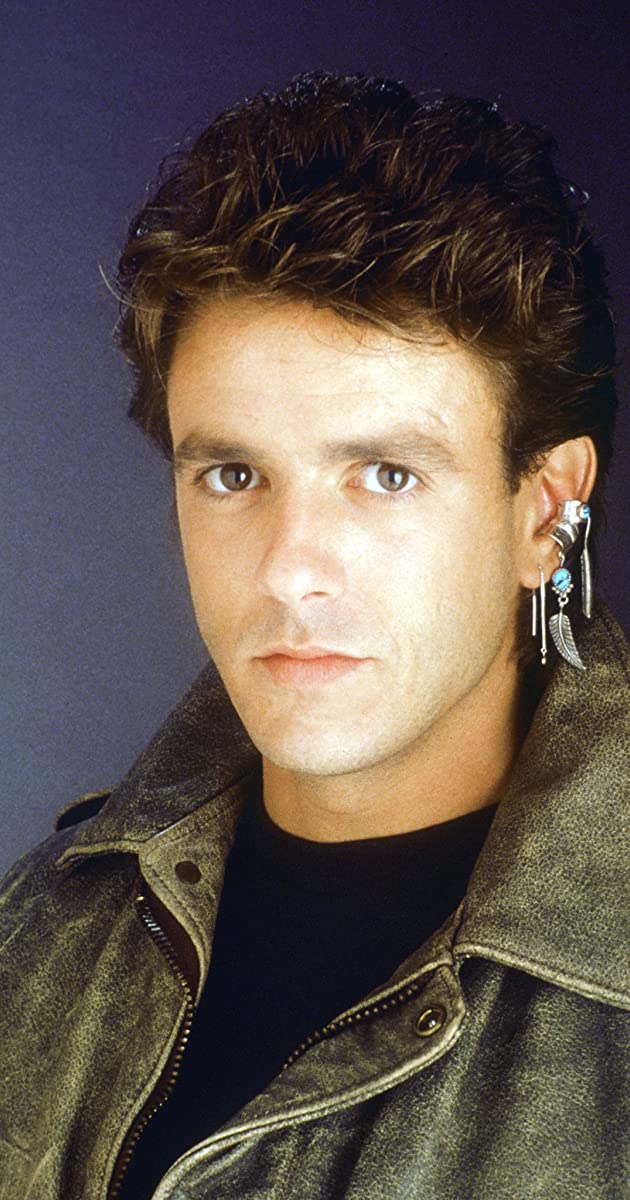 Scott Valentine was born and raised in Saratoga Springs, New York and first discovered acting at age five doing plays in his parents’ garage. He appeared in a few high school plays, but didn’t pursue acting as a career until his second semester of college. He moved to New York City and studied at the American Academy of Dramatic Arts, where he completed the school’s three-year program in a year and a half. He held a few odd jobs such as short order cook and researcher for a publishing firm, and he won a few roles off-off Broadway. He signed a contract for a daytime soap and was about to screen test for a role in the feature film, “Lords of Discipline” but was accidently hit by a truck on September 17, 1981. After three years of convalescing, he left New York for Los Angeles where he landed the part of Nick Moore on the hit series, Family Ties (1982).