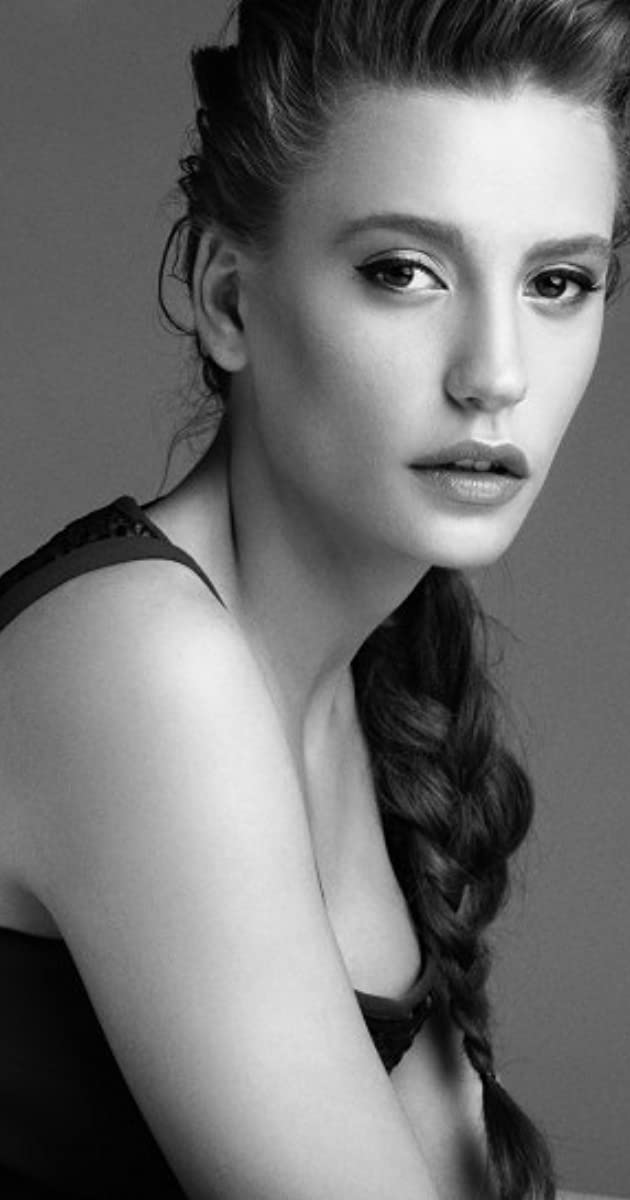 Serenay Sarikaya was born 1 July 1991 in Ankara,Turkey.She is a Turkish actress and model. At the age 15, she participated in a beauty competition and received a special award from the jury.She later rose to prominence by acting in the cinema movie Plajda (2008). Serenay made her acting debut with a minor part in the movie Saskin (2006) and later starred in the film Plajda (2008). At the same year she appeared in the television series Peri masali (2008) directed by Sinan Çetin and was later prepared by him for her first leading role in Etz Limon (2008). She later appeared at the final episodes of Adanali (2008). Serenay became the first runner-up at Miss Turkey 2010. She came to international attention for her roles in Lale Devri (2010) and Medcezir (2013) and received critical acclaim and won numerous accolades, including two Golden Butterfly Awards. She continued her movie career with a role in Behzat Ç. Ankara Yaniyor (2013). In 2013 she was chosen Best Stylish Actress in “Turkey Elle Style Awards”.In 2014, she was chosen as the Woman of the Year by “GQ Turkey”. As well she is the face of numerous brands. She is one of the best model that brand international “Mavi” has. She has very much fans, all around the world, because all about kindness, grace, gentleness that she has. She has very beautiful voice too, in series Medcezir (2013) she show too that she has brilliant voice. With her co-partner Çagatay Ulusoy, they have many songs, that all are hits. For example “Isyan”, “Sabret”, “Tek Basina”, “Masum Degiliz” and of cause duets with Çagatay Ulusoy: “Beni Benimle Birak Giderken”, “Dunyayi Durduran”, “Medcezir”, “Bir Kuyruklu Yildiza Mektup”. Even in early age she is one the best actresses that Turkey has, so leaving behind very good actresses that are more old and have more experience, like Beren Saat, Bergüzar Korel, Tuba Büyüküstün, etc. For many people she is considered the future of Turkey.