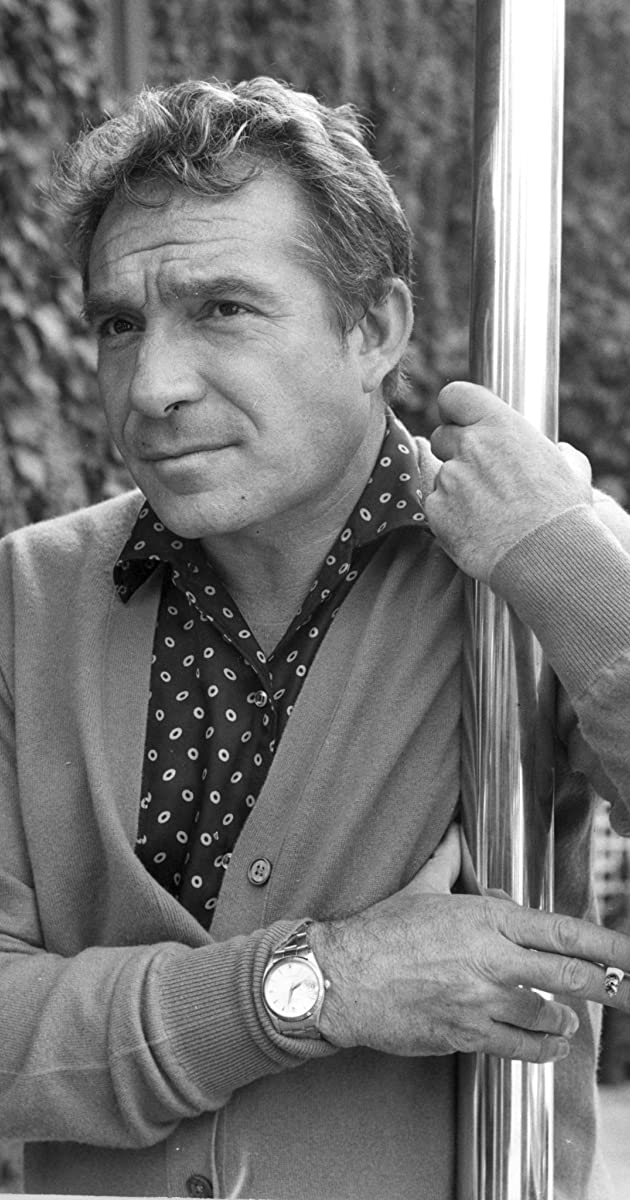 Despite his many superb performances accumulated over a 4-decade career (and I do mean many), this virile, mustachioed, stocky-framed Italian character star will be forever cherished if only for his one classic comedy role, that of slightly mincing gay cabaret owner Renato Baldi in La Cage aux Folles (1978), one of the biggest cross-over foreign hits to ever land on American soil. Born in Cremona, Italy, on March 23, 1922, by the time he was a teen he was a bookkeeper for a salami factory and performed in local amateur theatricals on the sly. Appearing on the stage, he finally found an entry into films at age 28 in 1950. He built a solid resume in primarily Neopolitan features and became a middle-aged European star the following decade. Turning in a number of powerhouse character studies, he excelled as bon vivants, adulterous husbands and other suave gents in farcical comedy and saucy, sardonic romps, particularly those of director/writer Marco Ferreri, yet demonstrated remarkable range when it came to portraying world-weary protagonists in political drama or grim satire. For Ferreri alone, he appeared in the award-winning Una storia moderna – L’ape regina (1963), Controsesso (1964) [Countersex], Marcia nuziale (1966), L’udienza (1972), and the masterful La Grande Bouffe (1973), amongst others.

In 1978, Tognazzi decided to take a chance, and play a character unlike anything he had done, (and, also, rarely done, for fear of being ‘stereotyped’), and co-starred with the wonderful Michel Serrault in an image-shattering part in 1978. What he did was experience the most popular role of his career as one-half of an aging gay couple who operate a drag club. La Cage aux Folles (1978) went on to spawn two sequels and an American remake (The Birdcage (1996)).

Tognazzi won several acting honors over the course of his long career and, in 1981, capped it off with the Cannes Film Festival award for his trenchant performance in The Tragedy of a Ridiculous Man (1981), the tale of a near-bankrupt factory owner who attempts to use the kidnapping of his son (played by his real-life eldest son Ricky Tognazzi) to his financial advantage. Although he directed a handful of his own films, some of them explicitly sexual in nature, he achieved his true brilliance in the works of other famed European directors, notably Ferrari, Bertolucci, Risi, Molinaro and Monicelli. Tognazzi was also the father of actor Gianmarco Tognazzi and director Maria Sole Tognazzi, and had another son, producer/writer Thomas Robsahm, via a relationship with actress Margrete Robsahm. In 1972, at age 50, Tognazzi wed actress Franca Bettoia, who survives him. He died of a brain hemorrhage in 1990, age 68.