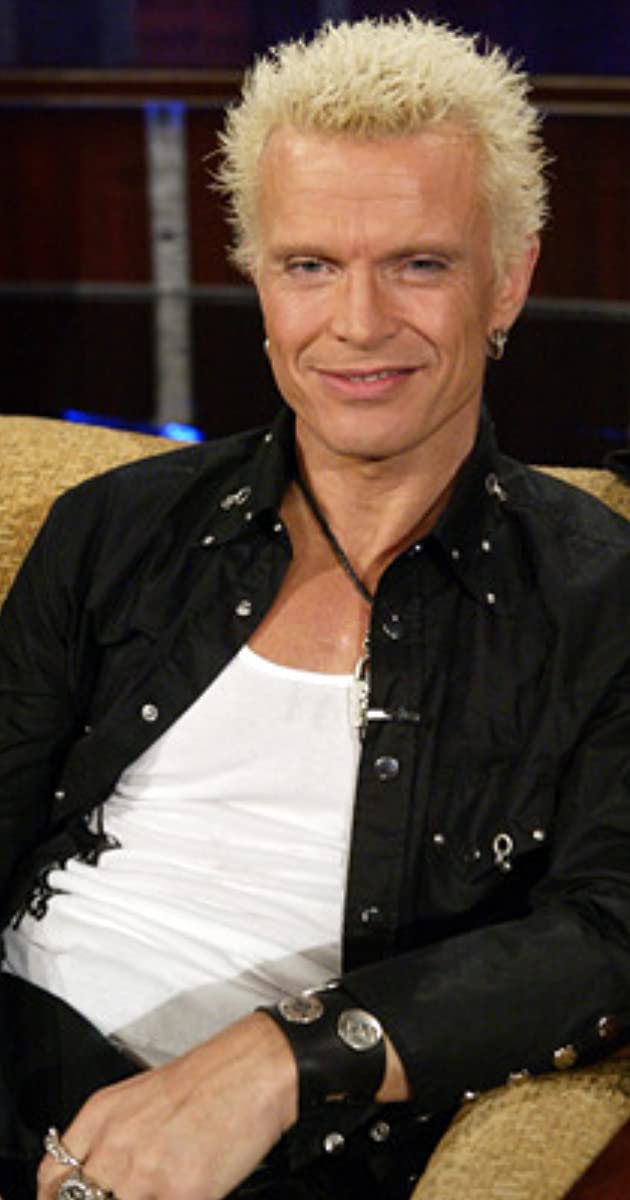 Born William Michael Albert Broad in Middlesex, England, in 1955, the first child of Bill and Joan Broad. When he was 2, his father moved the family to Long Island, New York, in pursuit of the American dream. They returned 4 years later (now with a baby sister, Jane) to Dorking. America made a big impression on Billy; he loved the big cars and rock music. The family moved next to the Running Horses Public House in Mickleham, until 1963, while their home in Goring, Sussex, was being built.

The time in Goring would be a happy period for the Broads. Billy enjoyed a fairly normal childhood, hanging out with his pals and getting up to the usual mischief strong-willed boys are wont to. The Broads were a religious family who regularly attended church, Billy joined the Boy Scouts in Goring, though was reputedly asked to leave after getting caught kissing a girl. Idol was a bright student, and passed his 11 plus, but he was bored at school. When a teacher wrote “Billy is Idle” in the margin of one of his works, it stuck in his mind and later inspired his stage name. Nevertheless, Billy progressed well and, when the family moved to Bromley in Kent in 1971, he transferred to the Ravensbourne Grammar School.

The distractions of London, however, were not conducive to studying, and he failed to achieve the requirements for university entrance. His disappointed parents arranged for him to retake his exams at Orpington College of further education. Idol enjoyed the more relaxed environment here and, a year later, had secured his place at Sussex University. He began his course in English and Philosophy in September 1975. This coincided with the explosion of punk rock, which captured the imagination of Idol far more than his studies. He started hanging out with a group of like-minded friends at the in-venues in London, instantly recognizable by their Malcolm Mclaren SEX shop clothes and peg pants. They became known as the Bromley Contingent (the contingent included Susan Dallion (Siouxsie Sioux), later of Siouxsie and the Banshees) and began following the anarchic Sex Pistols to every gig. At this time, Bill Broad changed his name to Billy Idol and decided he wanted to be a real part of the musical revolution. This meant dropping out of university and forming his first band, The Rockettes, with his classmate, Steve Upstone. They played covers of various bands, The Animals, The Beatles and The Doors. They gigged in the campus cafeteria and did one gig outside the University at the local youth hall, though they never recorded. They also did an audition for famed music managers Malcolm McLaren and Bernie Rhodes, who told Steve that he was the real star. This and his father’s doubt and disapproval only served to make Billy more determined.

When Billy met Tony James, a fellow student, and became Chelsea, then Generation X, they started to get noticed. The final Generation X lineup – Tony James on bass, John Towe on drums, Bob Andrews on guitar and Idol as lead vocals, played their first live show in November 1976 and began writing and recording original material. In 1977, Chrysalis Records offered them a contract. After 3 albums and with management problems, band discord and the decline of the punk movement, Billy decided it was time to go solo. He relocated to New York and hooked up with Kiss manager Bill Aucoin. In 1981, the EP “Don’t Stop” (comprising a cover of Tommy James’ 1960s hit “Mony Mony” and a pair of remixed Generation X tracks, including “Dancing With Myself”) landed him a solo deal with Chrysalis. He found the perfect collaborator and partner in guitarist Steve Stevens and released the self-titled “Billy Idol” in 1982. Idol made full use of the MTV explosion – the hugely successful videos for “White Wedding” and “Dancing With Myself” showcased his peroxide spiky hair, sneer and leathers to great effect. The stage was set for the hugely successful “Rebel Yell” in 1984. These early years were wild with Billy’s hell-raising antics generating as much (if not more) publicity than his music. An eight-track best-of, “Vital Idol”, was released in 1985 and the popularity of the live video of “Mony Mony” on MTV kept him in the spotlight. 1986 saw a new release, “Whiplash Smile” – it sold well and saw him nominated for a second Grammy for Best Male Rock Vocal Performance (the first was for “Rebel Yell”), but some felt it failed to live up to expectations. Stevens left to form his own band shortly afterwords.

Idol was ready to try new things, moving to Los Angeles, taking on a new band and appearing in an all-star stage version of The Who’s “Tommy”. In 1990, however, around the time of the release of his new album, “Charmed Life”, Idol was involved in a serious motorcycle accident when he ran a stop sign on his Harley. He almost lost a leg and was confined to bed for 6 months. He battled back bravely – the video for the first single, “Cradle of Love”, showed him from the waist up – at the time, he was paralysed below. The album was a success, his fourth in a row to achieve, at least, platinum sales. Idol decided to take a break and try his hand at acting, making his screen debut in Oliver Stone’s The Doors (1991) in 1991. His next appearances before the camera were less auspicious, after pleading guilty to punching companion Amber Nevel outside a West Hollywood restaurant in 1992. He paid $2700 in fines and was required to appear in a series of anti-drug commercials.

The year 1993’s “Cyberpunk” saw a new-look Idol, he had changed his famous peroxide spikes to dreadlocks, and his sound to synthesized techo beats. The album flopped, and Idol sank into drug addiction. He had another brush with death in 1994 when he overdosed and had to be treated in a Los Angeles hospital. Upon his discharge, he calmed down and began to focus more on fatherhood. Although he has never married, Idol has two children – a son from his long term relationship with former Hot Gossip Dancer Perri Lister, William Broad, born in June 1988, and a daughter, Bonnie Blue, from another relationship, born 1989. The next few years were quiet until 1998, when a cameo appearance in the hit movie, The Wedding Singer (1998), began an Idol revival. In 1999, his recognition was confirmed with his second wax model opening in Las Vegas. He teamed up with Stevens, once more, and found the old magic was still there. A more extensive “Greatest Hits” was released in 2001 and sold over half a million copies in the USA alone, 2002 saw two VH1 specials – Behind the Music and Storytellers.

Idol is currently working with Stevens on new material, some of which has featured in the most recent tours over the past four years. It may be some time since the hedonistic, hell-raising days but his unbridled passion for music and performing remain and the shows are still no-holds barred. Despite his bad-boy image, offstage Idol is said to be quite gentle and sensitive, knowledgeable with a good sense of humour and vegetarian.