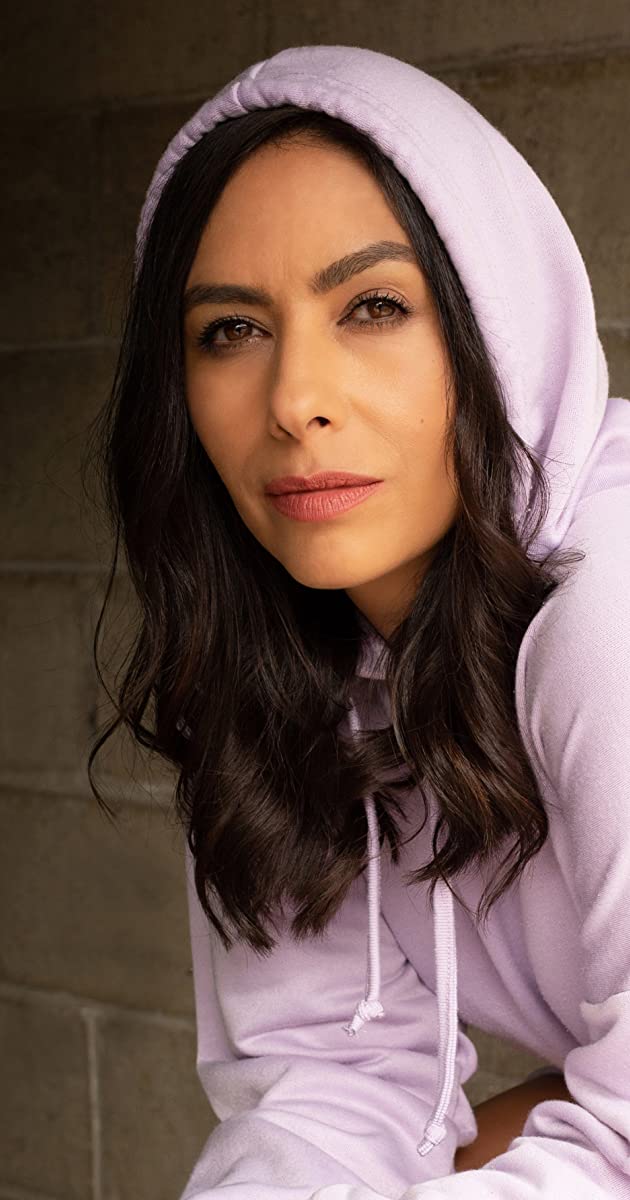 Carmen has had an extensive career in film and television for over 25 years, with prominent roles in many fan favourite shows.

With a start in local theatre in Vancouver she quickly gained recognition with a couple of Jesse nominations. Auditions for film started a slew of guest starring and recurring roles on many popular TV series. From 2004-2005 Carmen played one of the leads, “Simone”, in Vancouver’s “Godiva’s” and was nominated for her first Leo (BC Film/Television Awards) for her performance as the mysterious, sexy bartender. After Godiva’s Carmen played the leading role of “Rebecca” in the Canadian Independent Feature Film “Unnatural & Accidental” and was honored for her performance with the Women in Film & Video Artistic Merit Award at the Vancouver Film Festival in 2006. She played the leading role of “Leona Stoney” for 5 seasons in APTN’s multi-award winning Blackstone for which she won the 2011 Leo award and was nominated for a Gemini award; was nominated for another Leo in 2012 and 2015, and won the 2014 Leo Award and the 2016 Leo Award. She was nominated for a 2017 Canadian Screen Award for her performance in Blackstone’s Series Finale. Carmen played “Loreen Cassway” for the 3 seasons of CBC’s “Arctic Air” with Adam Beach, for which she was nominated for a Leo Award in 2012. The past few years have had her recurring on “Girlfriend’s Guide to Divorce”, “Arrow”, “iZombie”, “Chesapeake Shores” and the Fox series “Second Chance” in which she played “Special Agent in Charge Sue Adair”. But, 2018 has proven to be the most exciting of her career thus far. She found herself overseas in Scotland running through the forest with Sam Heughan and Caitriona Balfe aka “Jamie and Claire” as the fierce warrior “Wahkatiiosta” in Starz hit tv series Outlander Season 4. Once home, she jetted off to Quebec to shoot the leading role of “Susan Russel” in the Indy feature “Rustic Oracle”. It’s the story of a Mohawk woman desperately searching for her missing teenage daughter; meeting racism, ignorance, and indifference in the years following the Oka crises. Told through the lens of her 8-year-old daughter “Ivy” played by the brilliant “Lake Delisle”. And then she was off again…and found herself in Ireland as a recurring guest star on another hit series…which she unfortunately is under strict gag orders about…more on that to come later this year 😉

Carmen was honored at the 2013 UBCP/ACTRA Awards with the “Lorena Gale Woman of Distinction Award”, for her contribution to the empowerment of women in the Vancouver Film Industry. She has producing credits on two Feature Films, “Two Indians Talking” and “White Indians Walking”, as well as a short film “Not Indian Enough”. Carmen made her directorial debut on the short film “Ariel Unraveling”, a BravoFact award winner, in 2015. Ariel premiered in February 2016 at the Victoria Film Festival.

Her biggest and most important production to date is her son Jaden.