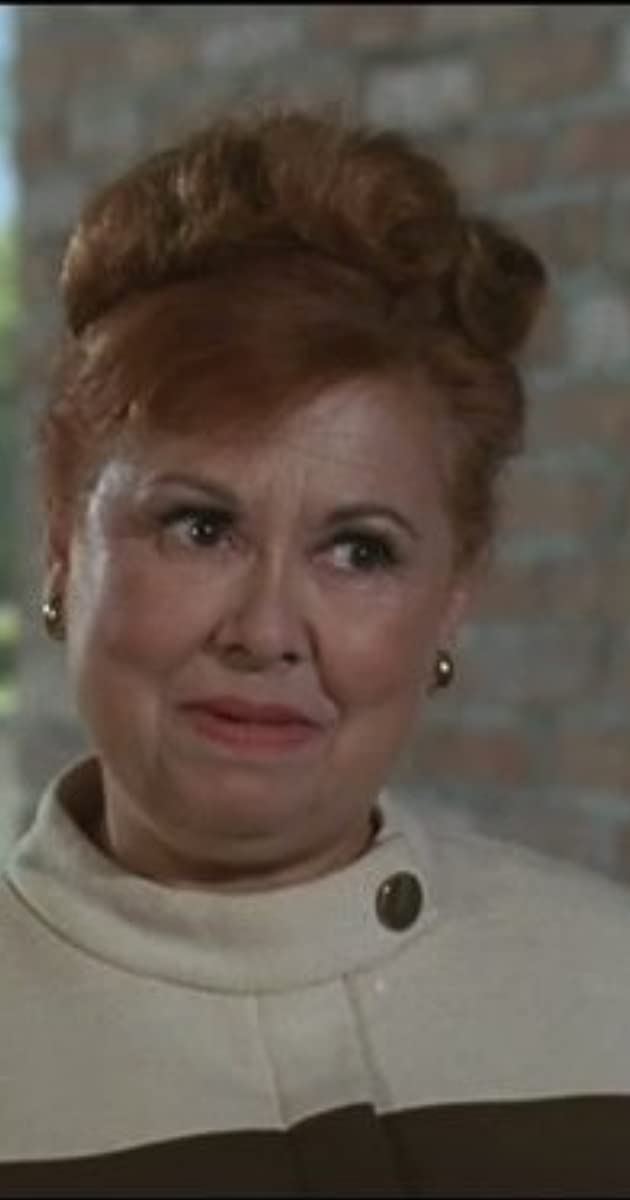 Short and with a very familiar chubby, chipmunk-like face and even more familiar abrasive tone, Brooklyn-born comedienne Sandra Gould kicked into high gear at a fairly early age. With small Broadway roles and scores of radio programs such as “My Friend Irma” and “Duffy’s Tavern”, the latter in which she replaced original star Shirley Booth, already to her credit, she would go on to spend nearly 15 years on the radio airwaves with star Jack Benny on his legendary program. By 1947, Sandra had breezed into minor filming, appearing in dozens of small bits. Typically, the unhelpful telephone operator, gabby receptionist or curt saleslady with a New York flair, she was glimpsed in such fare as June Bride (1948), Romance on the High Seas (1948) and My Dream Is Yours (1949)(both with Doris Day), Fourteen Hours (1951), The Great American Pastime (1956), Teacher’s Pet (1958) (again with Doris Day), Imitation of Life (1959), Honeymoon Hotel (1964) and The Ghost and Mr. Chicken (1966). Seldom rising to feature status in films, TV comedy proved more to her liking. Aside from being a regular on the series I Married Joan (1952) in the 1950s, audiences still remember Sandra from her appearance in I Love Lucy (1951) episode #3.20, “Oil Wells”, in which she played “Nancy Johnson”, the fur-bearing wife of a Southern tycoon whom Lucy suspects of selling her fraudulent oil stock. In 1966, her biggest break arrived when she was hired to replace the late Alice Pearce (who had died of cancer) as “Gladys Kravitz”, the neighborhood snoop, in the classic sitcom Bewitched (1964). Sandra stayed with the role for five seasons. Following this success, she slowed down her busy work schedule and focused on art and writing. The widow of broadcasting executive Larry Berns, she had one son, Michael Berns. Sandra died in 1999 of a stroke following bypass surgery, three days before her 83rd birthday. She may not have been a big character name during her time, but she possessed an unmistakable look and voice that she called her own and separated her from the rest, contributing to four media (stage, screen, TV and radio) for over five decades.